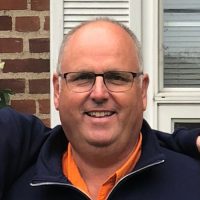 Barry Brand, 57, is a longtime Gerbera daisy grower who shifted to cannabis and became a leader in the local industry. Last year, Santa Barbara County officials gave media, including an LA Times reporter, a tour of Brand’s Arroyo Verde farm in Carpinteria.

“They were considered to be sort of the models,” said Bernard Melekian, former undersheriff and current county cannabis czar.

But on Jan. 22, detectives served a search warrant at Brand’s farm and reportedly found a stash of more than 100 gallons of concentrated cannabis oil, as well as an extraction lab, about 20 pounds of illegally stored cannabis and evidence of off-book sales.

The amount of cannabis oil detectives discovered would be worth between $1.1 million to $1.6 million in California’s legal market and much more out of state, industry insiders said.

Sheriff’s spokeswoman Raquel Zick said deputies searched Brand’s four parcels on suspicion he was growing and processing marijuana outside of the licensed parcels, as well as possessing and selling cannabis oil without a license. The investigation into Brand is ongoing.

Brand had been one of the 15 members of the industry group Cannabis Association for Responsible Producers (CARP). He resigned his CARP membership after the raid.

Last September, along with his wife, Brand co-hosted a fundraiser for the nonprofit Girls Inc. The event raised $250,000, and Brand contributed $10,000.

Brand was also a political donor connected to a pair of Santa Barbara County supervisors who have faced accusations of catering to the interests of members of the marijuana industry who contributed to their campaigns and with whom they frequently met. Brand contributed $8,000 and $2,000 respectively to supervisors Das Williams and Steve Lavagnino.

County marijuana policy was largely crafted by Williams and Lavagnino, as well as by Dennis Bozanich, the deputy county executive officer. Williams and Lavagnino formed an ad hoc committee, which was not subject to the state’s open meeting laws. The ad hoc committee gave guidance to Bozanich and planning staff on writing temporary measures and, ultimately, a broad ordinance that regulates the industry.

Over the last two years, county supervisors voted to allow grows of unlimited size and number with little or no vetting. Brand was among industry advocates involved in developing marijuana policy, as well as hiring lobbyists, attorneys and communication firms.