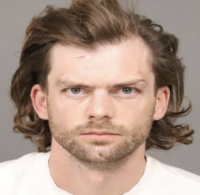 A man who was reportedly under the influence of alcohol and drugs allegedly fought both a civilian and police officers along the Morro Bay Embarcadero Tuesday night.

The suspect, at one point, fell into the water. Still, he was promptly arrested.

At about 9:35 p.m., two men were fighting in the area of the Tidelands Park boat launch. An officer arrived at the scene and found a man lying face down on the boat docks adjacent to the ramp area.

The man lying face down was having difficulty breathing, according to police.

Justin Seymour Porter, 33, was seen standing directly over the man. Porter was yelling and screaming when the officer tried to provide medical aid to the man on the ground, police said.

Porter then advanced aggressively toward the officer and grabbed the policeman. A struggle ensued and Porter fell into the bay.

But, Porter was quickly taken out of the water and moved back onto the deck, where he was arrested. Police say Porter was wet but unharmed.

Then while in the back of a patrol car, Porter began to violently resist officers.

At one point, Porter grabbed an officer’s holstered gun. The officer, though, managed to safely keep his firearm in the holster during the altercation.

Investigators conducted testing and determined Porter was intoxicated and under the influence of illegal drugs.

Officers booked Porter in San Luis Obispo County Jail. He remains in custody with his bail set at $25,000, according to the county sheriff’s office website.

2 Comments about “Man under the influence allegedly fights cops, falls into Morro Bay”