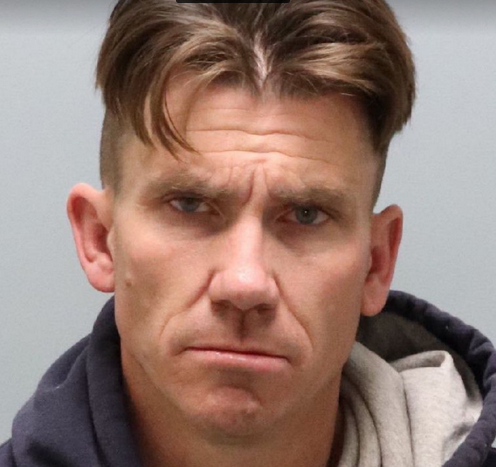 Paso Robles police arrested a 41-year-old man with an extensive criminal history on Friday for multiple crimes after linking him to a stolen car found parked on the 300 block of Oak Street.

After discovering Ryan Dutra had parked the stolen Nissan Altima, officers tried to contact Dutra inside a residence. Dutra fled, but officers quickly apprehended him.

Officers then found keys to the stolen car with Dutra’s belongings and paperwork with Dutra’s name on it inside the vehicle.

Officers booked Dutra into the San Luis Obispo County Jail for auto theft, being under the influence, resisting arrest and a felony warrant. His bail is set at $20,000.

Dutra is well known to law enforcement throughout the county. In 2014, police linked Dutra to a series of burglaries and vehicle break-ins from Los Angeles County to Paso Robles. His criminal record also includes convictions for receiving stolen property, theft, possession of a deadly weapon, possession of a controlled substance, DUI, forgery, evading police officers and driving with a suspended license, according to court records.