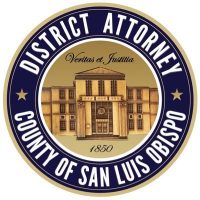 San Luis Obispo County Animal Services officials have recommended prosecutors file animal cruelty charges against the owner of a black Labrador retriever who duct taped the dog’s eyes and mouth shut and attached part of a dead chicken to its head.

The dog was taken to the Atascadero Pet Hospital for treatment. The Labrador is now being held by Animal Services personnel and is said to be doing well.

Animal Services conducted an investigation and determined the owner taped the dog’s muzzle and the top of its head after the Labrador attacked chickens. The owner taped part of one of the dead chickens to the dog’s head.

The owner was trying to discipline the dog and did not necessarily intend to cause suffering, said Eric Anderson, the director of Animal Services.

Nonetheless, Animal Services sent a report to the SLO County District Attorney’s Office recommending prosecutors charge the dog owner with animal cruelty and misdemeanor permitting animals to go without care. The animal cruelty charge could be filed either as either a felony or a misdemeanor.

Prosecutors are now determining whether or not they will file charges in the case.