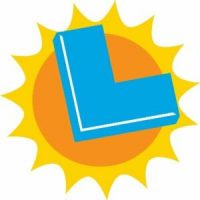 The California State Lottery has failed over the last four years to provide schools with millions of dollars required by law to go toward education, according to an audit released Tuesday. [LA Times]

State auditors discovered the California Lottery failed to provide $36 million that should have gone to schools in the 2017-2018 fiscal year. The audit found the lottery agency may be diverting education funds to prize payments.

Additionally, auditors discovered the lottery agency too frequently uses noncompetitive contracts for purchases, thus it may not be getting the best value for its money.

California’s lottery system was created by a 1984 ballot measure that required 34 percent of sales revenue to go to schools and capped administrative expenses at 16 percent. In 2010, the state Legislature changed the requirements so that a smaller percentage could go to education, as long as lottery managers followed new best practices.

“The Lottery has not followed state law, which requires it to increase its funding for education in proportion to its increases in net revenue,” State Auditor Elaine Howle wrote in a letter to Gov. Gavin Newsom and the Legislature.

Lottery Director Alva V. Johnson disputes the conclusions of the audit, arguing his agency has not shortchanged California schools.

Johnson said the auditors’ interpretation would have required school fund to be artificially decreased in certain years. The funding formula his agency used has provided $6.7 billion to education over the last four years, an increase of more than $1.3 billion from the prior four years, Johnson said.

Earlier this month, State controller Betty Yee launched a review of the California Lottery after the LA Times reported the agency gave $212,000 worth of Scratchers tickets to “The Ellen DeGeneres Show” to be handed out to the studio audience. Each audience member received a $500 bundle of 72 Scratchers tickets as a way to promote the games.

A subsequent whistleblower complaint by lottery workers stated the giveaway was a misuse of funds and noted there was improper accounting for some of the 425 packets.

Last year, an audit conducted by Yee found more than $305,000 in improper or questionable spending, including on travel, food and entertainment, as well as shirts, backpacks, lip balm and iPad cases for employees. Then-Lottery director Hugo Lopez resigned following the 2019 audit.