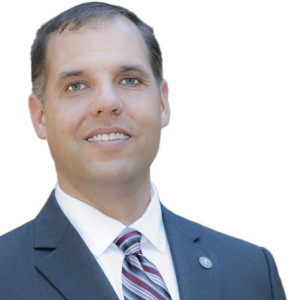 Activist Kevin Rice informed the San Luis Obispo County District Attorney’s Office Thursday evening that he was responsible for a controversial robocall sent to some voters on Tuesday.

The homophobic call purportedly asked residents to vote for Supervisor Adam Hill, while repeating information from a harassing and threatening email sent from Hill’s residence to a local radio show host in 2016. The call also reminded the public about a homophobic email Hill sent to a former mayoral candidate.

While the caller, a friend of Rice who said she is the granddaughter of a Klu Klux Klan member, asked people to vote for Hill, the call clearly repeated negative events from Hill’s past.

The robocall also degraded Hill’s opponent Stacy Korsgaden based on her sexual orientation.

“That woman running against Adam Hill is a lesbian,” the caller said. “We can’t have those selfish perverts running for government. Adam Hill will put a stop to that.”

Offended by the call, Korsgaden asked the District Attorney’s Office to investigate.

Investigators questioned Rice on Friday, who said he “acted independently.” Prosecutors are working to determine if Rice violated campaign laws or regulations regarding robocalls, which could be a misdemeanor.

“The integrity of our election system is of paramount importance to our American system of government by the people,” said District Attorney Dan Dow. “I am firmly committed to aggressively enforcing violations of election and campaign law to ensure that members of our community are able to cast their vote without interference of unlawful campaigning activity.”

In 2016, a handful of harassing and threatening emails were sent under an alias from Hill’s home. The emails were sexually demeaning and degrading, and targeted Congalton and CalCoastNews reporters Daniel Blackburn and Karen Velie.

In late 2019, the district attorney first revealed the emails had come from Hill’s home. Even though prosecutors determined the sender had committed a crime, they were unsure who in the Hill’s household sent the emails. In the end, no charges were filed.

After a CalCoastNews exclusive linked Hill to the threatening emails, Tribune reporters responded by questioning Congalton about taking “nearly three months” to release the information. A few weeks later, a Tribune columnist trashed the Tribune, on his social media account, claiming prosecutors determined the emails were not criminal.

After Rice reported he sent the emails on his own, Tribune reporters sent an email asking CalCoastNews reporters if they were involved in the robocalls, which they were not.

Yet, Tribune reporters have never asked why someone would send emails containing allegations of bestiality, homosexual relationships and adultery to demean other reporters who have written articles critical of Hill.