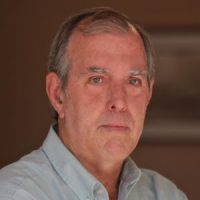 Recent revelation of repugnant emails sent to KVEC radio personality Dave Congalton created a bit of a stir among locals. And given Adam Hill’s lengthy history of penning poisonous prose and shoving it into the public’s face, it wasn’t a stretch — even at the time — to suspect the county supervisor.

The emails were received by the “Hometown Radio” host in 2016, but emerged openly only after a circuitous route through the office of the district attorney and the hands of Hill and his attorney, Don Ernst.

Here’s the story behind this story, the implications of which should strike a cautionary note in any who prize a free press.

Congalton’s initial reaction to the emails was to remain publicly silent, understandable because of the nasty and suggestive content of the communications.

But apart from the distasteful nature of the emails, several contained subtle and not-so-subtle threats, one of which read, “ Dave… you have only begun to pay.” Those prompted Congalton to take the matter to District Attorney Dan Dow.

Congalton admitted at the time that as a public figure, he “opens himself up to public criticism and is normally “fine with that,” according to a subsequent report by the district attorney. But these emails went far beyond that, Congalton asserted.

Public knowledge of the emails, from a fake name, “SalKrill11@gmail.com,” remained under wraps for months while Dow and chief investigator Bill Hanley (now retired) looked into the threats.

A search warrant authorized by Judge Dodie Harmon allowed a forensic probe, which traced the five emails to a computer located in the home Hill shared with his wife at the time, Dee Torres-Hill.

DA investigator Hank Abbas reported in an Oct. 13, 2016 summary that he visited Hill that day and “explained that I was conducting an investigation into possibly fraudulent or suspicious use of utility services, specifically internet service, of which Torres-Hill is listed as the subscriber.”

Abbas, recording the conversation, said that Hill asked, after several minutes, specifically “what was I investigating?”

“I explained to Hill that I was investigating an email account created by someone named or using the fake name Sal Krill to send harassing emails to someone,” reported Abbas, “and the account was tied to his internet router.”

Hill told Abbas he “did not know” how that happened. When the investigator asked Hill “if he was aware of Torres-Hill sending the emails, Hill said he ‘found it hard to believe.’”

The supervisor has continued to voice his disavowal of the emails in comments to local media, as has Torres-Hill.

Hill’s denial is the one getting the most ink (an admittedly ancient phrase), which effectively throws Torres-Hill under the bus. But make no mistake: the obscene texts are textbook Hill. He’s demonstrated that on many occasions in the past with his snarky public writings.

The DA’s Abbas, in his initial report, noted that his investigation convinced him that “the crime of PC 653m(a)/Annoying or harassing communications, a misdemeanor offense, has been committed.”

So the question is: Assuming he did, why would Hill write such things?

Congalton became a target of this hate campaign because he regularly gave air time to CalCoastNews reporters, who in turn were publishing unflattering stories about a number of politically-connected local people including both Hill and Torres-Hill. The politician has not been hesitant to use his influence over the business permitting process to punish those who have the temerity to advertise on the news site.

CalCoastNews’ coverage of Hill’s cozy relationship with developers Ryan Petetit and John Belsher prompted a threat from Hill: he would block fellow Democrats from appearing on Congalton’s show if the radio host did not cut ties with reporter Karen Velie. At the same time, Hill’s trolls were sexually demeaning Velie’s children and falsely claiming she was a felon.

When KVEC General Manager Ron Roy was threatened with lawsuits from Hill’s posse of internet trolls, he buckled and banished Velie. She’s been on the station’s black list ever since.

Through the years, the daily Tribune and weekly New Times either ignored the obvious assault by the politician on the news site, or actively supported it with skewed reporting.

As to the emails, Congalton followed the progress of Dow’s probe as best he could. At one point Dow told Congalton that the source of the disgusting emails was known, but could not then be revealed. Congalton has not divulged the explanation he was given, saying he accepted it. (I’ll hazard a guess, though: there’s a much bigger law enforcement investigation under way.)

Once he finally got his hands on the DA’s report a few weeks ago, Congalton was initially reluctant to reveal its contents, partly because other people were mentioned in the emails. Among them were Velie, outspoken government observer Kevin Rice, and me. (That’s how I came upon the reports.)

Hill’s attorney Ernst argued to Dow that the email account may have been hacked, or “ghosted” by an unknown third party — the classic “400-pound guy on a bed somewhere” contention. Ernst also whined that the email probe’s revelation was somehow politically motivated.

All in all, it was enough to put Dow off the trail; there will be no charges.

When Tribune reporter Monica Vaughan tried to question Hill about the email, he reportedly exploded in rage, which should be a hint to Vaughan’s bosses that Hill is not a guy who should be trusted with public office. It also demonstrates once more how Hill selects mostly women to bully.

So far, The Tribune’s reporting on the matter has embraced Ernst’s wonderment about the “suspicious timing” of the email’s release.

The Tribune also referred to “multiple” lawsuits Velie has filed against Hill. To clarify: her one lawsuit, filed in federal court and subsequently moved to a state court, alleges in part that Hill harasses CalCoastNews’ advertisers to influence reporting. Velie also asserts that Hill exploits his public office in an attempt to destroy CalCoastNews, Velie and her family, and others.

So my other question is: When will The Tribune and New Times stop looking for warts on CalCoastNews’ butt, and begin to recognize and report on the erosive, corrosive impact of people like Adam Hill on civilized society?

Daniel Blackburn is co-founder of CalCoastNews, and he wonders about a lot of things.