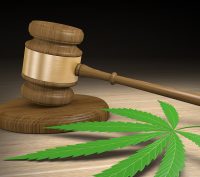 Fed up with cannabis odors in and around their homes, as well as the systems being used to mitigate the smells, Carpinteria residents have sued marijuana growers in their southern Santa Barbara County city.

On Thursday, a Santa Barbara attorney filed a class action lawsuit on behalf of Carpinteria residents affected by marijuana grows. Some of the plaintiffs have windows and backyards within 100 feet of greenhouses.

Plaintiffs are urging growers to seal their greenhouses and use carbon-based filtration methods. The suit states the complaint is not about money, and the plaintiffs would likely dismiss or settle the case if growers change their greenhouse filtration systems and the odors improve.

Plaintiff Greg Gandrud said his house has been on the market for the past two years, but the marijuana smell scares away prospective buyers. Gandrud said he thinks cannabis is causing local property values to plummet.

Additionally, the plaintiffs allege the Santa Barbara County Board of Supervisors is not doing enough to remedy the issue.

Since the legalization of cannabis, Santa Barbara County officials, including a pair of supervisors, have faced accusations of catering to the interests of members of the marijuana industry who contributed to their campaigns and with whom they frequently met. One of the political donors, Carpinteria grower Barry Brand, was recently discovered to be conducting illegal activity at a farm that county officials once presented to media as a model marijuana grow.

Carpinteria growers named in the suit have yet to respond to the complaint.