San Luis Obispo County District 5 Supervisor Debbie Arnold appears to have been reelected following an election night tally that left her with a lead of more than 13 percent over her challenger, while fellow conservative Supervisor John Peschong breezed to victory in the District 1 race.

Arnold’s lead over Beraud narrowed slightly as results came in on election night. Upon the initial tally, there was nearly a 20 percent margin separating the two candidates.

It is unclear how voters, particularly Cal Poly students, who registered on Election Day might impact the results of the District 5 race.

“I feel confident that we will be able to hold our lead,” Arnold told CalCoastNews late Tuesday night.

The District 5 results, at least thus far, have come as a surprise to many observers who expected a close race. 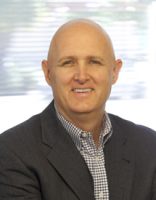 If Arnold indeed wins the race, she will serve a third term on the board of supervisors.

On Tuesday, Peschong won a second term on the county board, defeating challenger Stephanie Shakofsky. Peschong is currently defeating Shakofsky 67.40 percent to 32.51 percent.

Both Arnold and Peschong celebrated Tuesday night at the SLO County Republic Party headquarters in Atascadero. Their apparent victories would ensure conservatives maintain a majority on the board of supervisors.