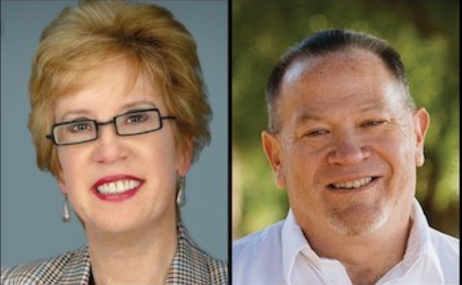 After almost 12 years in office, it appears Hill is  losing his seat on the Board of Supervisors.

His challenger Stacy Korsgaden is currently leading by 304 votes, 51.01 percent to 48.78 percent. There are still more than 9,000 ballots to be counted countywide and an unknown number of late mail in ballots, leaving a winner still unnamed.

For more than eight years, Hill has harassed members of the media and the public who are critical of his actions.

On Feb. 2, CalCoastNews exclusively reported that in July 2016, someone sent emails from Hill’s home using a false persona, “Sal Krill,” to Dave Congalton, a KVEC radio icon who has been critical of Hill. The emails mocked Congalton over the suicide of one of his friends, and his divorce and made sexually demented allegations.

The exposure led to multiple news reports and political advertisements detailing the abusive emails, which led to widespread anger at Hill.

It is possible that a winner will be determined by Friday, but it could take longer.

If he loses, Hill would continue to sit on the board until Jan. 2021 when Korsgaden takes the board seat.