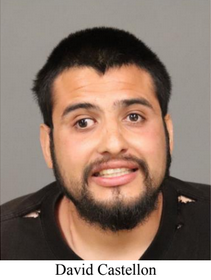 Shortly before 4 p.m., while the girl was walking home from the park, David Castellon firmly grabbed the child’s arm, according to police. The girl was able to escape the man’s grip and run home to her parents.

After the child provided a description of the suspect, officers spotted Castellon in the area.

When officers attempted to contact Castellon, he ran. After a short foot
pursuit, officers apprehended the suspect.

During an interview with the suspect, investigators obtained statements linking Castellon to the alleged crime. Officers booked the alleged kidnapper into the San Luis Obispo County Jail with his bail set at $50,000.