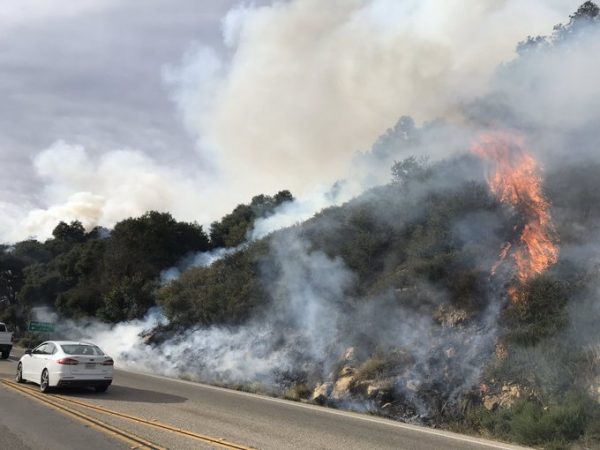 A brush fire broke out Monday afternoon along Highway 154 in Santa Barbara County, prompting road closures and an evacuation warning.

Shortly before 5 p.m., 911 callers reported the blaze buring at Highway 154 and near E. Camino Cielo Road, according to the Santa Barbara County Fire Department. Firefighters battled the blaze from the air and the ground, managing to halt forward progress of the fire by Monday evening.

Fire officials say the blaze burned a total of five to six acres.

Authorities issued an evacuation warning for residents on E. Camino Cielo Road east of Highway 154, as well as for the Painted Cave community. The warning was lifted later in the day.

Firefighters stayed at the scene overnight to mop up the blaze. 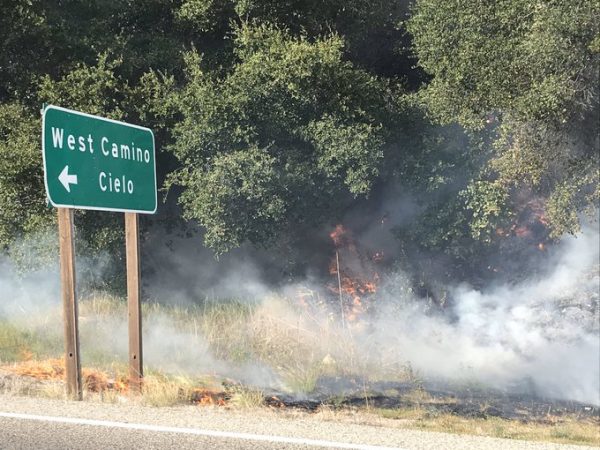