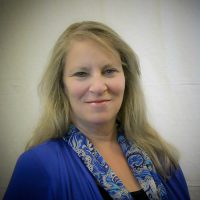 I watched today’s San Luis Obispo County Health Department briefing with dismay. Director Penny Borenstein is leading this county down a dangerous path. She used the words, “I am going out on a limb,” regarding not closing schools down. Indeed she is. But, she is bringing all of us out on that limb with her.

Director Borenstein is using flawed logic in her assessments and is proving that she has a poor understanding of both epidemiology and statistics.

Director Borenstein is recommending schools stay open because global data about infection rates in children indicates that they account for only 2 percent of infections and exhibit mild symptoms, thus the risk to the children is low. However, children should be considered the most likely vector for the disease.

Because children exhibit the mildest symptoms from Covid-19 infection, and because testing resources are scarce and thus being allocated based on severity of symptoms and risk factors, children are the least likely to be tested. This is what is accounting for the skew in data towards low rates of infection. Since there is no endemic immunity to this disease, children are being infected with at least the same frequency as the rest of the population.

Furthermore, since children often do not practice the hygiene and social distancing habits being recommended, they are perhaps even more likely to become infected. Thus, because they exhibit the mildest symptoms, are the least likely to be tested, and practice the poorest hygiene, they have the highest likelihood of carrying undetected infection and spreading it both within the schools and within their homes. Any epidemiologist will tell you that for precisely these reasons children are like little viral reactors and a common disease vector.

Additionally, to be making the claim that we have no cases of Covid-19 in SLO County, making the risk low, and then using this as additional justification for keeping schools open is also flawed logic. To date, the County has only conducted 37 Covid-19 tests within a County whose population is over 234,000. This represents a sample size of  0.01%. To make any conclusions based on a sample size this small, especially when a large percentage of people with symptoms which do not conform to present testing criteria are being excluded from testing, is highly irresponsible.

The policies Director Borenstein has recommended, and by which the county, school districts, and colleges are basing their decisions, are highly flawed and setting this county up for a tsunami of patients at local hospitals. Our healthcare network will become quickly overwhelmed if we continue down this path.

I must recommend that the county replace Director Borenstein with a properly qualified incident commander to take over the county’s planning and response to this developing situation.

All resources should be devoted to limiting the spread of the virus by taking early and aggressive measures to restrict public movement and congregation, increasing the county’s testing capacity to allow for screening rather than simply testing of seriously/critically ill patients, and developing and supplying excess treatment capacity within the local community (perhaps a triage center at Camp San Luis Obispo).