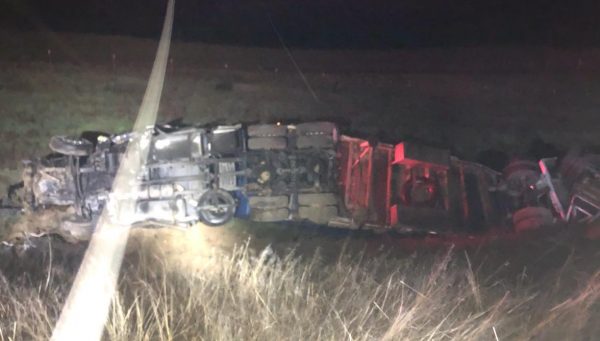 An elderly San Luis Obispo man died in a crash with a big rig truck on Highway 46 near the Cholame Y Sunday evening.

Shortly after 8 p.m., an 84-year-old SLO resident was driving a Chino motorcoach westbound on Highway 46 downhill from Antelope Road about two miles east of the Cholame Y. At the same time, a Salinas man was headed eastbound in a Freightliner truck towing a trailer loaded with non-perishable goods, according to the CHP.

The conditions were cold and rainy.

For an unknown reason, the 84-year-old driver drifted across a double-yellow line and into the path of the oncoming big rig. The driver of the big rig, 60-year-old Jesus Duarte Lopez, unsuccessfully tried to avoid the oncoming vehicle.

First responders pronounced the 84-year-old San Luis Obispo man dead at the scene. His name is being withheld pending notification of his next of kin.

Investigators do not suspect alcohol or drugs factored into the collision.