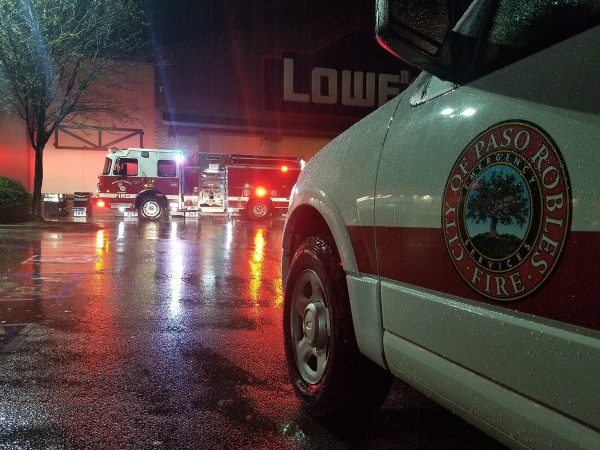 A 911 caller reported the fire shortly after  8 p.m., according to a Cal Fire log. Paso Robles firefighters quickly extinguished the blaze with help from Cal Fire personnel.

The blaze was contained to cabinets at the store.

Firefighters were removing water from the building late Sunday night. Personnel were at scene for four hours and 30 minutes, according to Cal Fire.