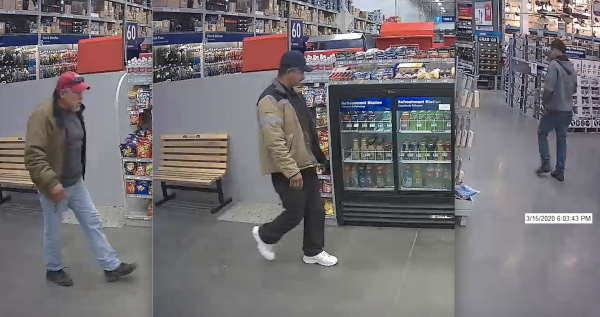 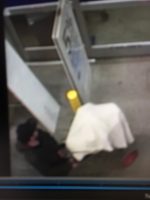 The fire at Lowe’s home improvement store Sunday night was set intentionally by thieves who used the blaze to distract workers as they stole a pipe threader, according to the Paso Robles Police Department.

Police are now asking the public for help with locating the suspects.

Once the fire had been set, alarms sounded and sprinklers activated. The man then pushed the pipe threader out of the store, with another suspect watching.

A 911 caller reported the fire at about 8:15 p.m. All customers managed to safely evacuate the store.

Firefighters arrived at the scene and found a light amount of smoke coming from the entrance to the building. The firefighters contained the blaze within five minutes of their arrival.

Police say fire sprinklers helped significantly in minimizing the the growth of the blaze, as well as in preventing additional damage to the building and merchandise. Fire crews remained at the scene for about three hours, removing smoke and water from the business.

The Lowe’s store managed to open for business Monday morning.

Investigators say at least three suspects were involved in the crime. Police are circulating surveillance footage of the three men.

Police are asking the public for help with identifying the suspects, as well as with locating a truck that may have been their vehicle. An investigation into the fire is ongoing. 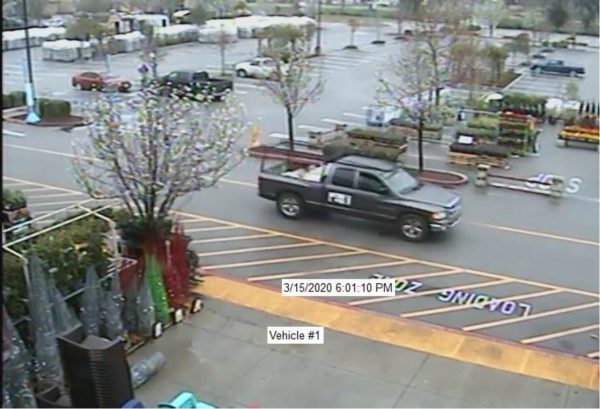