Starting Saturday, tourists and shoppers will not be allowed to cross the United States-Mexico border.

On Friday morning, the Trump Administration announced the closure of the border to all travel deemed non-essential. Earlier in the week, the same restriction was announced for cross-border traffic between the United States and Canada.

The border closures are not intended to impede legal trade and commerce. Likewise, travelers can still cross the border for school, work and medical purposes.

“We’re working with Canada and Mexico to prevent the spread of the virus across North America,” President Donald Trump said during a press conference Friday.

Officials are expected to review the border closures after 30 days. In addition to the border closures, the United States State Department issued a Level 4 travel advisory, instructing American citizens not to travel internationally. 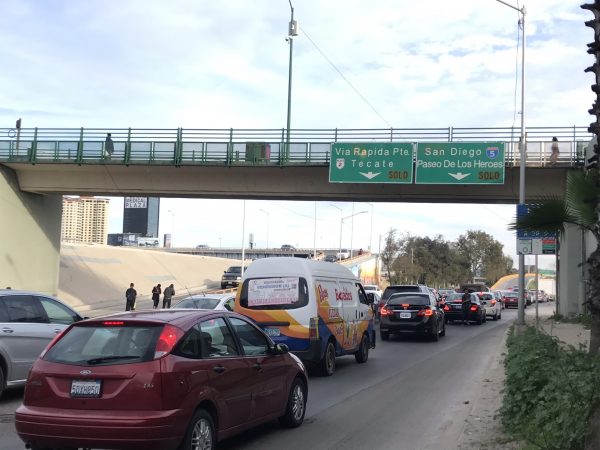 Traffic in Tijuana, Mexico beside the U.S. border crossing