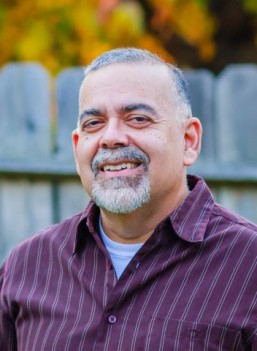 This Coronavirus outbreak has folks terrified, confused, bewildered, skeptical, doubtful, and some outright just don’t believe it. Retirement accounts have been devastated, businesses are on the brink, workers laid off, grocery and supply shortages.

In a matter of a few short weeks, life as we have known it has come to a screeching halt.

Our leaders are now being forced to lead and make tough choices. Why? Coronavirus-19 ( the Novel corona virus) as it is named, is real. Regardless of origin or causal theories, this virus will change things for a bit.

Why? Because it is deadly and it’s not just another little flu bug. All of the Chinese, Italian and now Iranian experience tells us that it will make the people who get it very sick, and a sizable number will die.

This virus has the ability to really attack the lungs, leading to respiratory distress, and potentially death rather quickly. There is no known cure, although some antivirals are being investigated. Those over 65, especially with pulmonary conditions, the smokers, potentially those who vape, and those with other diseases, are at highest risk.

Since we have no cure, what can we do now after seeing what happened in Europe? Try to prevent the outbreak by halting its transmission. It’s that simple. And we will have only one chance to do this and it’s now. Period.

We won’t be able to revisit this later after the deaths of our friends and loved ones. So the draconian measures we will endure for a while will be the price we pay to potentially save others.

As a doctor, the nightmare scenario of choosing who will get the ventilator and who will not when there are too few available, are looming in front of us. And who we could have saved, and who we will let die. This will happen here as it happened in Italy if we fail to prevent widespread infections.

So we “shelter at home.” That’s the logical, compassionate and scientific thing to do. We are doing this for the most fragile of us who will face the highest mortality from this scourge. The medically frail, the elderly, those with chronic disease, the asthmatics, diabetics and just about any disease that alters your immune system.

It is time we switch off all the partisan political stuff, put away the conspiracy theories for awhile, and for once join together in a common cause, to keep this virus from spreading.

How long will this take? Really no one knows, but likely about a month or more until new cases stop being discovered. Later there will be time for finger pointing and looking back on how we could have done this better, or what was worthless, but with so much at stake (like the lives of our elders and sick among us), let’s make this our finest hour.

Intelligence rather than resistance. Selflessness rather than selfishness. It will be over when it’s over, and I really think it should turn out better because we will chose to learn from the Chinese and Italian catastrophes.

As a doctor, I’m asking everyone to really do their best to shelter at home. And please stay calm, use common sense, and try not to overrun a healthcare system which will be bowing under the weight of current stresses. Like all things, this too shall pass.

One Comment about “Work together, stop the spread of the coronavirus”