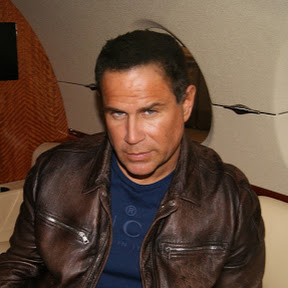 FBI agents carried out a sting Wednesday evening and arrested an actor who was promoting a purported prevention and cure for the coronavirus.

Keith Lawrence Middlebrook, 53, is accused of fraudulently solicited funds with promises of massive profits for a company he called Quantum Prevention CV Inc. (QP20). At least 2 million people have seen Middlebrook’s YouTube and Instagram videos that falsely claim he developed a coronavirus prevention pill and injectable cure for infected individuals, according to the United States Department of Justice.

Middlebrook, who played minor roles in films including “Moneyball” and “Iron Man 2,” is associated with residences in Westwood, Newport Beach and Murrieta.

Middlebrook claimed QP20 would mass produce pills that would prevent COVID-19. Upon receipt of investor funds, Middlebrook would issue shares in QP20, as well as a second corporation he said he was setting up, that would market a serum which the actor claimed could cure coronavirus patients in two to three days, according to a federal criminal complaint.

Additionally, Middlebrook falsely claimed to at least one potential investor that retired basketball star Earvin “Magic” Johnson was a member of the QP20 board of directors. Johnson confirmed to investigators he knew nothing about the company, according to the Department of Justice.

Middlebrook allegedly sent a text message to a witness cooperating with federal investigators saying a patient tested positive for coronavirus and then “got up and walked out 51 hours after my injection.” The same text message also said $1 million investments will grow into a minimum of $200 million to $300 million.

Special agents arrested Middlebrook during a meeting in which he delivered pills to an undercover agent who was posing as an investor.

A criminal complaint filed Wednesday charges Middlebrook with a single count of attempted wire fraud. The charge is a felony that comes with a maximum punishment of 20 years in federal prison.

United States Attorney Nick Hanna issued a statement saying the prosecution of Middlebrook may mark the first federal criminal cases stemming from the pandemic, but it certainly will not be the last.

“During these difficult days, scams like this are using blatant lies to prey upon our fears and weaknesses,” Hanna said.

Hanna urged everyone to be wary of outlandish medical claims and false promises of immense profits.

Paul Delacourt, the assistant director of the FBI’s Los Angeles Field Office, said in a statement federal investigators are using a variety of tools to identify anyone exploiting the current crisis through investment frauds or cyber schemes.

“There’s a particular opportunistic cruelty in seeking profit based on the fear and helplessness of others,” Delacourt said. “As the country reacts to the current crisis, and while many suffer from losing a loved one or losing their livelihood, the last thing Americans need are con-artists who hawk miracle cures they know are not tested, guaranteed, nor approved.”