From the Oceanside Area CHP

With highways in California nearly empty, the CHP is warning about drivers taking advantage of the situation and traveling at excessive speeds.

The Bay Area CHP office tweeted a photo of a collection of speeding tickets given to drivers clocked at more than 100 mph. Three tickets visible in the photo indicate drivers were clocked at 101 mph, 101 mph and 117 mph respectively.

“We are seeing a rise in motorists traveling at excessive speeds in the Bay Area,” the tweet stated. “We are still out in force and will continue to issue citations. There is no faster way to get a suspended license than driving 100 mph+!”

In Southern California, the Oceanside area CHP office is also warning drivers to slow down. The Oceanside CHP posted a photo on Instagram of a patrol car that clocked a driver at 102 mph.

“Starting to think some aren’t listening… WE ARE WRITING TICKETS… Please Slow Down!” The Oceanside CHP stated in the Instagram post. 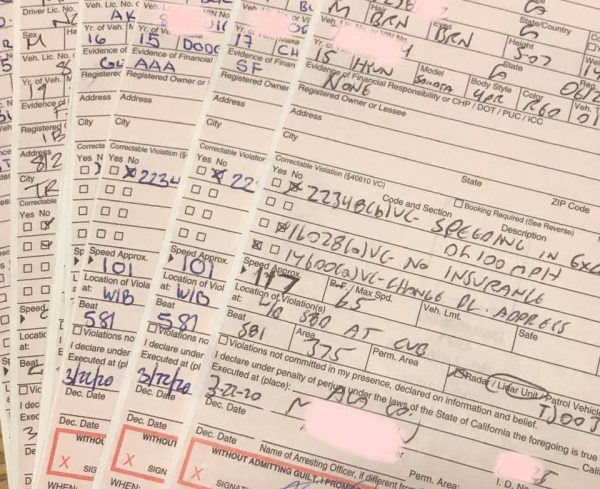 From the Bay Area CHP