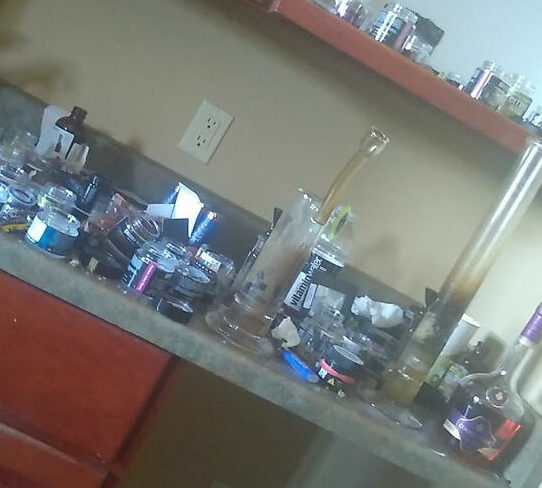 San Luis Obispo city officials shut down construction of a marijuana shop on Broad Street because owner Helios Dayspring did not get permits for construction. It is the second time that permitting issues have shut down work on marijuana shops in the city.

After securing one of three coveted pot shop permits, marijuana kingpin Helios Dayspring started construction on his Natural Healing Center in early March. But he did not have the necessary authorization. In order to proceed, Dayspring will need to procure demolition and construction permits. 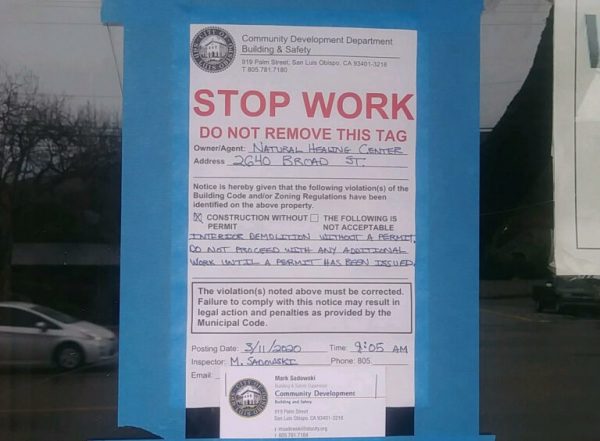 Late last year, a SLO inspector halted construction at Megan’s Organic Market because the applicants had failed to procure a building permit. While Megan Souza and Eric Powers applied for a permit to rehab a bathroom at the site of the former Drum Circuit on Higuera Street, they did not apply for a construction permit for the shop.

Even though the SLO City Council voted in 2018 to allow three retail pot shops, none have opened. The third permit winner, Elemental Wellness, was disqualified after a questionable interview with a SLO police detective, and SLOCal Roots slipped into the third spot.

Dayspring has a history of operating beyond the limits of his permits and approvals. It has led to multiple violations at his many marijuana farms.

Questions have arisen over Dayspring’s Natural Healing Center that operates in Grover Beach. California’s cannabis laws prohibit the consumption or smoking of the product at retail shops or in public places. The law also forbids the free distribution of pot.

For example, one former employee said they delivered complimentary pot to SLO County Supervisor Adam Hill’s home. The deliveries were worth between $300 and $400, they said.

The employees said Dayspring also violated rules banning the free distribution of marijuana, as well as the rule against allowing smoking in public places. A video shows Dayspring at a 2019 employee Christmas party at the Pismo Beach pier, where he laid out free pot products for anyone on the pier, while a group of people passed around a bong.