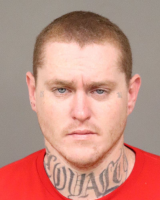 A Santa Maria man is in custody, while two other suspects remain at large following a string of vehicle burglaries last month in Morro Bay and the suspects alleged fraudulent use of credit cards.

On March 22 at about 7 a.m., a 911 caller reported a suspicious person checking car doors and peering into vehicles. The caller then saw a man wearing black clothing and a black hat drive away from the area in a white Hyundai sedan, according to the Morro Bay Police Department.

At about 8 a.m., police started receiving calls about vehicle burglaries throughout Morro Bay. The first reported burglary occurred in the 2500 block of Laurel Avenue.

The burglars stole several items from each vehicle, including wallets and purses. Several victims reported their credit cards had been used at businesses in Morro Bay and San Luis Obispo.

At about 12:15 p.m on Friday, San Luis Obispo County Sheriff’s deputies observed a vehicle belonging to Dylan McGee of Santa Maria near Highway 101 and Traffic Way in Arroyo Grande. The deputies recognized the vehicle from an alert Morro Bay police issued about the burglaries.

Officers booked McGee in the SLO County Jail in lieu of $20,000 bail, according to the county sheriff’s office website.

Morro Bay police are still searching for two other suspects: Patrick Ivey, 27, and Morgan Dawn Taylor, 21. They are possibly driving a 2002 Ford F-150 that has the California licenses plate number 8K71926.

Police describe Ivey as a white man who is 5 feet 9 inches tall and weighs about 150 pounds. Ivey has blond hair and blue eyes and currently has a shaved head and a goatee.

Taylor is a white woman, 5 feet tall, weighing about 120 pounds, with brown hair and hazel eyes.

Investigators are asking anyone who has information about the case to contact the Morro Bay Police Department at (805) 772-6225 or SLO County Crime Stoppers at (805) 549- STOP. 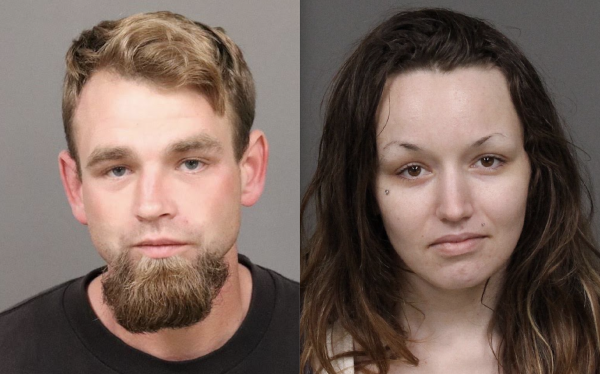