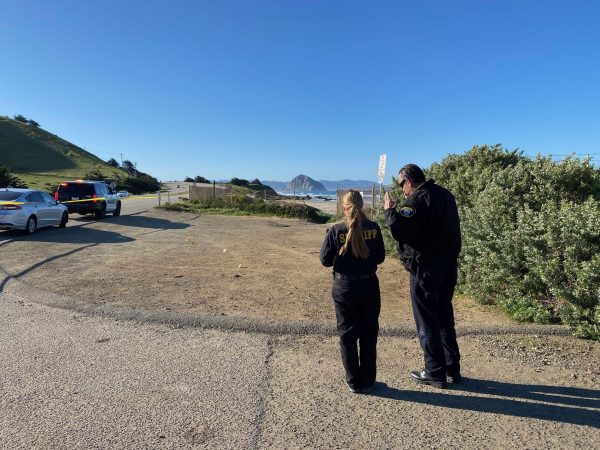 Morro Bay police are searching for three suspects who allegedly drove a man to a location along Highway 1 early Thursday morning, beat him in the head and then fled.

Shortly before 2 a.m., police officers responded to the 2400 block of Main Street regarding a reported assault. The victim said the suspects drove him in a dark colored SUV to a dirt parking lot that is a popular viewpoint along Highway 1 south of Torro Creek Road, according to the Morro Bay Police Department.

When the victim exited the car, the suspects struck him in the head numerous times and left him on the side of the road. Following the assault, the victim walked into town and attempted to get help by knocking on doors.

Responders transported the victim to a local hospital, where he received treatment for head and face injuries.

Officers traveled to the dirt parking lot on Highway 1 and located the crime scene. Police cordoned off the parking area until 10 a.m. as they processed the scene.

The ages of the suspects are unknown. Police are describing the crime as an assault with a deadly weapon, thought they have not released addition details.

An investigation into the crime is ongoing. Anyone who has information about the incident is asked to call the Morro Bay Police Department at (805) 772-6225 or SLO County Crime Stoppers at (805) 549-STOP.