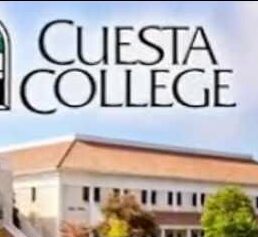 Two Cuesta College students have tested positive for the coronavirus. Both students began exhibiting symptoms associated with the virus  after the campus switched to online classes on March 14.

One of the students informed his classmates during a Zoom conference on April 1 that he began suffering from coronavirus symptoms shortly after he stopped attending classes at the campus. The student, a Morro Bay resident, said he thought he had contracted the virus while working at the Albertsons grocery store in Morro Bay, according to the Cuestonian.

The student is isolating and recovering at home.

Alberstons’ management is unaware an employee at their store had tested positive for the virus, though they are looking into the issue, according to local and district managers.

Because of the incubation period, the out of area student was not considered contagious during the time they were at the Cuesta College campus, Bermudez said.

“While Cuesta College is currently not considered to be at increased risk or exposed by any of the known confirmed cases in SLO county, we do know community transmission is possible anywhere outside of our home,” Bermudez said in a press release. Cuesta College continues to plan for an extended duration of the coronavirus pandemic with guidance from local and state public experts, and by enacting preventive measures to protect our campus community.”