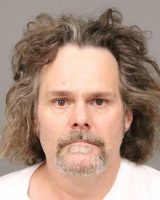 Two San Luis Obispo County residents have been arrested on attempted murder charges and another is facing a conspiracy charge after an Atascadero man was stabbed at his home last week.

On March 25, a 38-year-old Atascadero man was attacked by three suspects at his home in the 2800 block of Monterey Road. During the attack, the suspects stabbed the man three times in his upper torso, according to the Atascadero Police Department.

Police learned of the stabbing shortly before 8 p.m. when they were contacted by Twin Cities Community Hospital. At the time, the victim was at the hospital receiving treatment.

Investigators identified the three suspects and determined the assault was related to a stolen vehicle, which was recovered on the night of the stabbing, according to the police department.

Porterville police officers arrested the second suspect, a 41-year-old Paso Robles resident, on unrelated charges. The Paso Robles man will be extradited to SLO County, where he will also faces charges of attempted murder, robbery, criminal conspiracy and burglary.

Atascadero police say the third suspect is a 53-year-old San Luis Obispo man, who will be charged with criminal conspiracy at a later time.