SLOFD E3, E4, T1 and BC3 responded to single vehicle traffic accident NB 101 x Prado around 4am. Single occupant driver was mechanically extricated and transported to SVMC w/moderate injuries. Approx 33min extrication. SLOFD reminds everyone to watch your speed in this weather! pic.twitter.com/lwvzeOupHS

At about 4 a.m., a 911 caller reported the single car accident, according to the SLO Fire Department. It took firefighters approximately 33 minutes to extricate the driver, who was the lone occupant of the vehicle.

The vehicle drove through a fence just north of the Prado Road off-ramp and landed about 30 feet off the roadway, according to the CHP.

It is unclear what caused the car to go off the highway. But, fire officials reminded drivers in a tweet to watch their speed during the current weather conditions. 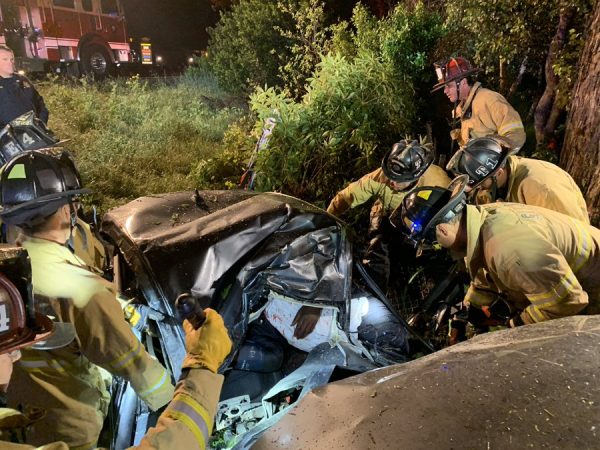