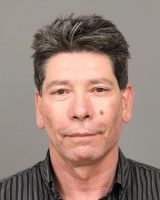 On the evening of April 2, the victim told police that her mother’s boyfriend, Martin Gonzalez-Flores, sexually assaulted her. Officers arrived at the scene and detained Gonzalez-Flores, according to the San Luis Obispo Police Department.

Investigators interviewed both the victim and the suspect, after which officers arrested Gonzalez-Flores and booked him into the San Luis Obispo County Jail on charges of criminal threats, committing a lewd act upon a child, forced oral copulation of a minor, sexual intercourse with a minor and sexual penetration by a a foreign object.

Gonzalez-Flores currently remains in jail with his bail set at $1 million. His bail was initially set at $100,000, but it was raised after the follow-up investigation on Monday.