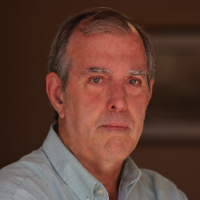 Reading the Tribune’s editorial today, my gag reflex kicked in at the very first paragraph.

The Tribune’s editors rail against partisan politics, all the while oozing partisanship.

Back to that first Tribune sentence mentioned earlier: “The San Luis Obispo County Republican Party is angling to get Supervisor Adam Hill kicked out of the chairman’s seat.”

Well, duh. Without knowing for sure, I’d hazard a guess that local Republicans would always be “angling” to oust Hill. Not just from his post as chairman, but from public life altogether, because he’s demonstrated over and over again that he is totally unsuited to lead normal people.

If you read only the Tribune, you’d have no real idea what happened in mid-March. You would have had to sift through that publication’s very sketchy articles on the matter just to piece some of the story together. You would not have known until today that it was Hill’s county office as well as his home that was searched by the feds. In other words, you would be seriously uninformed on the matter.

I got to wondering if my thinking about the Hill debacle being a matter of intense public interest was perhaps a little addled, or just insensitive. Was this really a private family-type issue?

So I asked a guy I thought might give me a straight answer: Ed Salzman, an adventurous and legendary capitol journalist with nearly a decade as editor of the California Journal and stints with the Boston Globe, the Oakland Tribune, the Sacramento Bee, and publisher of the Golden State Report.

I wanted to know: Are the FBI raids and subsequent suicide attempt by the chairman of a county board of supervisors a legitimate news story?

As expected, Salzman pulled no punches, and I could almost see him glaring at me: “The question you pose is a no-brainer,” he wrote in an email. “It is clearly a news story, and this guy has absolutely no right to privacy.

“This supervisor is a public figure, the chair no less. He is under FBI investigation. He tries to commit suicide. All of this is public information. He says he’s depressed. With the FBI on his ass, he should be depressed.”

Salzman said it much better, and more quickly, than my droning on ad nauseam.  So I’ll end this diatribe with a parting observation about the Tribune: A newspaper that totally lacks editorial judgment should keep its opinions to itself. To do otherwise is to insult the intelligence of its ever-shrinking circle of readers.

Daniel Blackburn is co-founder of CalCoastNews, retired, not yet entirely thoughtless.