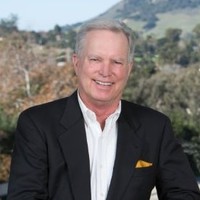 As someone who has spent a great deal of time in the world of journalism, I thought I’d offer my perspective on how the national media shapes what we are perceiving with this pandemic and how we are addressing it.

First, it’s important to know that “journalists” in general have a mission: Find the “bad” and report it. The badder the better. We used to call it “if it bleeds, it leads.” That’s just their nature. That’s what attracts them to the business. They want to “right” perceived wrongs…. place blame and advocate for a fix.

As such, most of the reporting of any incident will naturally be hyped. Such is the case with the virus (whatever you want to call it), that we are dealing with today. It’s not healthy, and it’s not helping. In fact, it’s exacerbating the situation.

I’m skeptical, as always, as to how information is gathered and how it is reported. This is true with any information that comes from so called “experts.” God knows we have no shortage of them. We see, hear and read their views all day, every day on the news delivery systems of your choice.

And those experts, within their own small field of expertise, are absolutely certain of their convictions. Scientist “A” is certain of X. Doctor “B” believes Y. And economist “C” proclaims Z.

The fact is (if you appreciate facts)…. The fact is, they are sometimes right and often wrong. Why? Because situations change, data is misinterpreted, and desired outcomes supersede impartiality. As for the gathering of data in the pandemic, much was initially based on information from the Chinese communist government, which is invested in lying to its own people, as well as the outside world. Bad info in. You know the rest.

As such, we end up with predictions and “models” that rarely, if ever, come to pass. And as such part deux, nothing is ever “settled,” especially science. Science is simply man’s feeble and often flawed search to understand his or her existence.

So we end up with policy made through prediction, assumption and presumption, sometimes based on bad data. Side note: If you think science is “settled” with so-called climate change, welcome to life under the “Green New Deal.” We’re living it. No cars. No planes. No economy. No fun — is it? Seems like some skepticism is warranted in making drastic decisions such as this.

But this is what a science-based narrow-minded world view gives us. And it also arrogantly denies a higher power and the faith that helps us to figure out how to survive ordeals. I called it “God denial.” It’s never built into the equation.

I predict (based on past experience) that this will be the case with our current situation. Why again? Because those closed little fiefdoms never take into account the ability of humans to adapt, pivot, innovate, endure, self-preserve, and simply find solutions to their problems. They eliminate the inevitable “surprise” they never thought of or considered. Their t’s are crossed and their i’s dotted without looking around the corner for another possibility. That thing they never counted on. Man’s ingenuity.

And so…. I say wear skepticism as a hat you never take off. Be wary of the doomsday cultists. They are invested in their ideology. Use common sense. Know that there is always an end to a trouble, even if we suffer with a loss.

And everyone is losing something right now, some with great tragedy. But nothing is ever solved by being timid and waiting for others to take care of your problems. Or waiting for dates and deadlines that may or may not arrive. Everyone needs to take their own actions in whatever form they deem critical to their own needs without harming others. This is where we, as Americans, truly excel.

I predict, based on past experience, that we will soon embrace a new day with innovations in: How we practice and administer health; do our business, travel, educate; rely on critical supply chains for energy, health, defense and manufacturing; interface with other countries while ensuring our own security; practice our faith and honor our families. It will be different, but it will be good. And it will happen sooner rather than later because there is always the “surprise” that comes from not accepting the conventional…. and opening ourselves up… to the possible.

As we conclude our Easter and Passover season…. This ordeal is truly the definition of “dying and rising.” We have. And we will.

John Summer is an Emmy and multi-journalism award winning broadcast anchor and investigative reporter who is curious and skeptical, but always optimistic.  John and his family have lived in San Luis Obispo for 25 years.