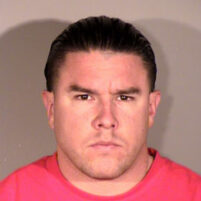 The Ventura County District Attorney’s Office charged a sheriff deputy on Friday with two felonies related to his arrest of a woman he wrongly believed to be under the influence of a controlled substance.

On Nov. 12, Richard Barrios III, 27, arrested the woman and transported her to the Camarillo patrol station, where she provided him a urine sample. After discovering the sample was negative for drugs, Barrios allegedly discarded the urine and the findings.

Barrios wrote in his report that the woman had refused to provide a urine sample.

A couple hours later, the woman provided another deputy a urine sample, which again tested negative supporting the woman’s assertion she was not under the influence of a controlled substance.

Sheriff personnel then released the woman, who was not booked into jail or charged with a crime.

On Friday, Barrios was arrested for allegedly destroying evidence and filing a false police report and booked into the Ventura County Jail. He is currently out of custody on bail.

Barrios, who has been a deputy for six years, pleaded guilty in 2016 to a misdemeanor count of disturbing the peace related to a fight with an 18-year-old man.