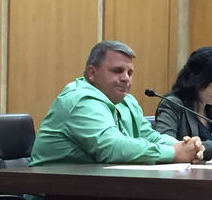 Former San Luis Obispo County developer Kelly Gearhart is scheduled for an April 29 transfer from federal prison into confinement at his Wadsworth, Ohio home as part of a plan to limit the spread of the coronavirus behind bars.

Gearhart is currently serving a nine-year sentence related to a hard money lending scheme in which he bilked investors who put money into his Central Coast real estate projects out of millions of dollars. Gearhart, who is not eligible for parole, is scheduled for release on March 2, 2023.

Prison staffers are not releasing information regarding coronavirus cases at the Morgantown Federal Corrections Institution, a small minimum security prison located in West Virginia where Gearhart is currently incarcerated. Nationally, 318 federal inmates and 163 staffers have tested positive for the cornavirus, and nine prisoners have died, according to information released on April 10.

To combat the spread of the virus, the federal prison system is permitting inmates who do not have a history of violence, have served 50 percent of their sentences and who have underlying health conditions to be transferred into home confinement. It is currently unclear whether inmates will be required to return to prison following the pandemic, or if they will be permitted to serve out their sentences at home. 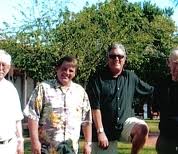 Starting in 2008, CalCoastNews exclusively reported that Gearhart and hard-money lender James Miller had swindled investors in a lending scheme with the assistance of title officers, lawyers, public officials and an appraiser.

More than 1,200 investors, primarily seniors, placed nearly $100 million with Miller for funding construction loans. Instead of protecting investors by funding projects only as work was completed, Miller paid Gearhart in lump sums without any monitoring of the construction, a violation of the investor contracts.

In 2014, Miller pleaded guilty to charges of mail fraud, wire fraud, money laundering, and making a false statement to a bank under an agreement that his daughter Courtney Brard would not be prosecuted. In 2015, Miller was sentenced to seven years in federal prison.

Gearhart pleaded guilty in 2014 to two counts of wire fraud and one count of money laundering under an agreement that his wife Tamara Gearhart would not be prosecuted. A year later, U.S. District Court Judge Otis Wright II sentenced the disgraced developer to 14 years in prison, a sentence which was later reduced to nine years.