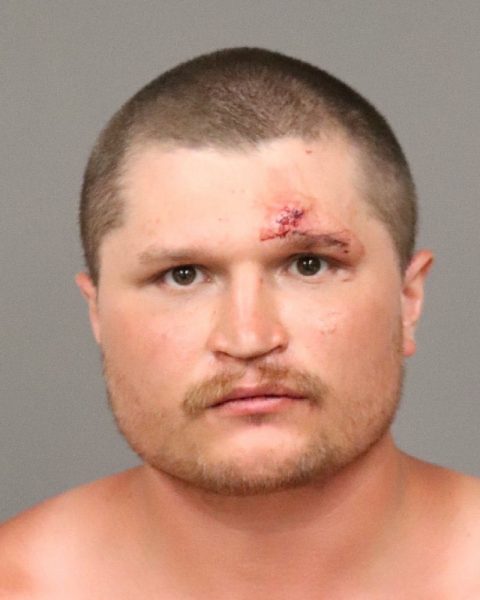 At about 2:30 a.m., Matthew Robert Hathaway went to the victim’s home on the 1900 block of 10th Street in Los Osos and broke a window. The victim and a female went outside to find out what had happened to the window, and encountered Hathaway.

Hathaway then assaulted the female before engaging in a fight with the male victim. During the altercation, Hathaway stabbed the man multiple times in the shoulder and back.

Before deputies arrived, Hathaway fled the scene. The victim was transported to a local hospital for treatment of non-life-threatening wounds.

Shortly afterwards, deputies arrested Hathaway at his home on an assault with a deadly weapon charge. He was then treated for his injuries before being booked into the San Luis Obispo County Jail in lieu of $25,000 bail.