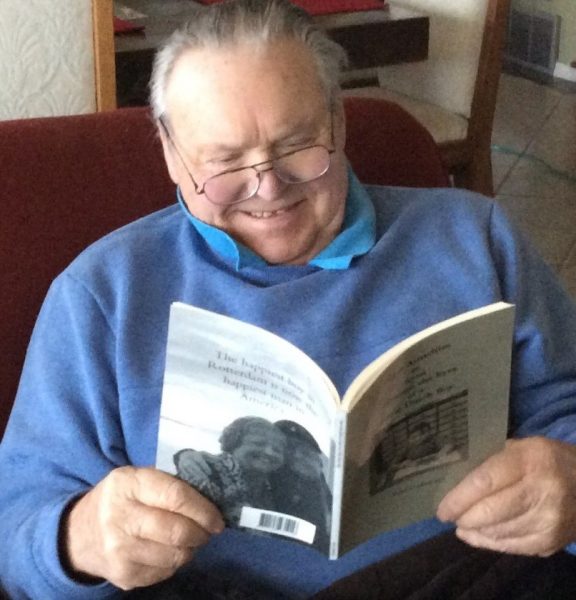 John Lindemans, a survivor of the Nazi occupation who is best known for his construction work in Los Osos, has died. He was 84 years old.

On April 7, heaven welcomed him home. He had been suffering from health issues.

Born in Rotterdam, Holland, a 13 pound infant, John liked to say, “I got up off the table, shook hands with the doctor and said, “Hello, I’m John.” Larger than life at birth, John lived his entire life large. He was “John of all trades; master of many.”

John detailed his families survival of the Nazi occupation in his memoir, “Nazi Atrocities as Seen Through the Eyes of a Little Dutch Boy.”

After serving in the Dutch Army, John immigrated to the United States in 1958, where he set out to live the American Dream. In 1971, he moved to Los Osos.

Along with his wife Jean, he  purchased a small farm where he spent over 10 years building a Dutch windmill residence. From its architecture, scored concrete floors, tile counters, reused telephone pole beams, and grape carved details, John’s artistry colored every aspect of their custom home.

John, a carpenter by trade, evolved into a cement mason. If he couldn’t buy it, he would build it. If it broke, he fixed it.

He was a talented craftsman and made many beautiful things. He built
furniture, houses, swimming pools and bomb shelters. His hobby was
restoring horse drawn buggies and carriages – you would often see the family commute to church on Sundays by horse and buggy. 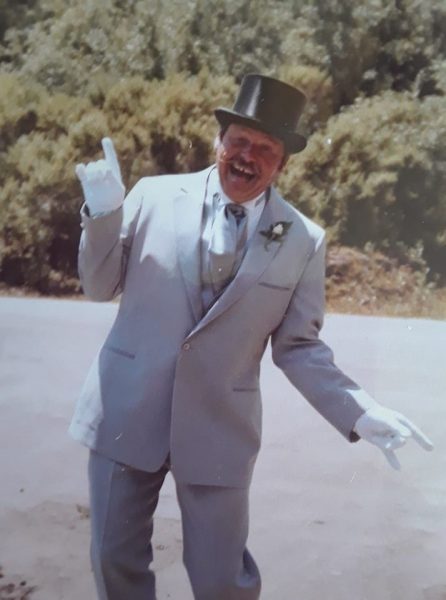 John Lindemans in his coachman’s attire

One of John’s dreams became a reality when he expanded the Trinity United Methodist Church in Los Osos, by cutting it in half with a chainsaw, moving half the building 20 feet to the north and reassembling it.

Always donating his time, in the 80s, John worked to shore up the circa 1897 tabernacle at Camp Arroyo Grande. Back in Los Osos, he created molds depicting children at play, and built the concrete walls at the Los Osos Community Park playground.

John met his wife Jean while a singer in a bar; seven weeks later they were married until Jean’s untimely death in 1989. Jean is remembered as “Mama Bear” to hundreds of Los Osos children who attended Baywood Elementary School. John and Jean are survived by their children Jan Lindemans, Julie Tacker, Janine Lindemans, Johanna Sanders, and Jeff and Kathy Lindemans and nine grandchildren and one great grandchild.

John found love again with Paula, whom he married in 1990. In 1994 John and Paula moved to the Pacific Northwest where he built 40 homes over the next 20 years.

A celebration of John’s life is pending and will be held at a later date.
In lieu of flowers, the family requests donations are made in John’s memory to Operation Smile at 3641 Faculty Boulevard, Virginia Beach, VA 23453