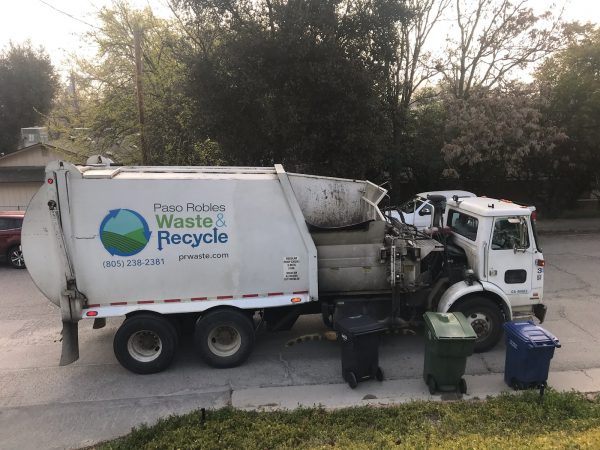 A Paso Robles man is questioning a proposed garbage rate hike and noting the city’s waste disposal contract has not been put out for competitive bid since at least 1993.

“And that contract apparently has never been bid,” said Dan Blackburn, a former reporter, co-founder of CalCoastNews, and a 25-year resident. “I’ve always been suspicious of large, no-bid, evergreen contracts for public services.”

“There is good reason to question the justification for this automatic contract extension worth more than 30 million dollars,” Blackburn said. “That is why I’m concerned about this rate increase. Also, the proposed hike puts Paso Robles’ waste hauling rates well above those of neighboring communities.”

Blackburn is asking Paso Robles residents and business owners who oppose the rate hike to make their views known to city officials by May 19. He has mounted a social media campaign to bring attention to the issue.

He has asked city officials to postpone the rate hike process until the Covid-19 pandemic is diminished, so as to not limit public participation. He’s had no response.

“I understand the large capital investment necessary to provide this kind of public service,” Blackburn said. “This is what justifies longer-term contracts common in this business. Nevertheless, putting this very large contract out to bid periodically will help ensure that residents and businesses are getting the best service and the biggest bang for their garbage buck.”