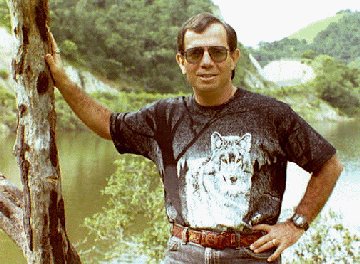 No matter how hard I try, I can’t stop being extremely angry that local government is trying to assign some economic value to my life.

My life is priceless. So is yours. Government shouldn’t be willing to kill me. Yet it is now the official position of local government that public health is no longer the top priority in fighting COVID-19. It is now being balanced with reopening the economy.

Official documents regularly admit that that position will cause more people to get infected and die.

When you voted, did you agree to give local officials the power of life and death over you, your family, friends, co-workers and everyone else? I didn’t and won’t.

It is stupid, dangerous and completely wrong for San Luis Obispo County officials to be working so hard to jeopardize our lives in order to restart the local economy prematurely. Of course, it is wildly premature – no vaccine, woefully inadequate testing, continuing shortage of medical equipment and thousands of people dying every day.

Mary Shaffer and I have tried to buy face masks for a month. Our orders never get filled or mailed to us. We wear bandanas as if something I used to sneeze into is my chief line of defense against a global killer. How dumb is that?

Here is my plan. Every government official who approves reopening the economy in the next few months should be required to volunteer that their entire family and everyone who works for them will serve as guinea pigs to see if their plan works. If they get sick, too bad! Whose fault is that?

I am going to read the county plan when it is released, allegedly early next week. However, my efforts will be useless. It will only make me angrier. No elected official cares. They already made a decision.

County supervisors and mayors have already asked Governor Newsom to allow them to ease restrictions before the plan is finished or approved or publicly released so we could comment on it. In other words, my opinion and yours and regardless what is in the plan, a decision has already been made.

That is offensive – bad decision-making, bad government, idiotic and grounds to recall them.

Every poll you see shows that 70 to 80 percent of the public opposes loosening the restrictions. An AP poll released today reported that 95 percent of Democrats and 78 percent of Republicans believe the restrictions in place are about right or don’t go far enough.

Who do our elected officials represent? How do they know what the majority of us want?

Everyone one who goes out while restrictions are still in place is seeing dozens of people who are not wearing face masks, are not following social distancing guidelines, and are so selfish that they have willfully chosen to kill people.

I am also going a keep a list of every local business that opens when it should not, and I will never go to that store ever again. If if doesn’t value my life, I don’t value that business.

PS: I don’t respond to Trump supporters or people who think objective news reporting or polls they don’t like are fake.

Jerry Bunin is a long-time Oceano resident, former journalist and also the former goverment affairs director for the Home Builders Association of the Central Coast.

2 Comments about “Is San Luis Obispo County choosing economics over our lives?”