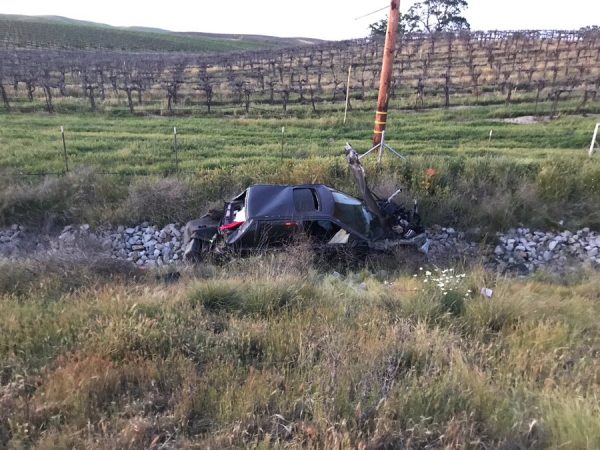 Law enforcement and Cal Fire personnel inadvertently left the body of a car crash victim, a 25-year-old woman who was reportedly the mother of three young girls, lying in a ditch north of Paso Robles for nearly 24 hours over the weekend.

It is unclear whether Brittany Muldrow of Tulare died immediately after the car crash or whether she died while lying in the ditch in the hours following the collision. Investigators left Muldrow’s body lying in the ditch after failing to locate possible occupants of the vehicle around the crash site and after failing to get information from a severely injured survivor of the crash.

Shortly after 6 p.m. on Saturday, Muldrow was driving a black Volvo sedan westbound on Highway 46 near Gruenhagen Flats Road at a high rate of speed. For unknown reasons, Muldrow lost control of the car, drove into the median, across two westbound lanes and off the highway.

The Volvo rolled multiple times down a decline, during which both Muldrow and 26-year-old Hanford man Najee Mims were ejected from the vehicle. Neither Muldrow, nor Mims was wearing a seatbelt.

Officers arrived at the scene and found the Volvo resting on its wheels about 100 feet over an embankment covered in heavy brush. Officers located Mims, who had suffered major injuries.

An ambulance transported Mims to Sierra Vista Regional Medical Center. Due to Mims’ state of consciousness, investigators failed to interview him both at the scene of the crash and later at the hospital, according to the CHP.

CHP officers, two SLO County Sheriff’s deputies and Cal Fire personnel conducted a search of the crash site area, but did not find anyone else,

Deputies canvased the scene using Cal Fire’s hand-held infrared camera in search of heat sources emitted from possible occupants of the vehicle. They did not locate any heat sources.

The CHP says an examination of the Volvo did not produce any physical evidence suggesting there was more than one occupant of the Volvo.

Late Sunday afternoon, investigators learned another person had been in the car. At approximately 5:09 p.m., officers returned to the crash site and launched another search.

Muldrow’s mother, LaSonya Muldrow, told KSBY she called the SLO County Sheriff’s Office over the weekend and asked if they had found her daughter. LaSonya Muldrow was told there was only one person in the car that crashed, she said. Then Sunday evening, deputies arrived at her Hanford home to tell her that her daughter had died.

LaSonya Muldrow is now seeking answers from authorities as to whether her daughter died because of the impact of the crash or because emergency personnel did not find her in time.

It is unclear what caused Muldrow to lose control of her vehicle. An investigation into the crash is ongoing. Investigators say there is no indication alcohol was a contributing factor to the crash. 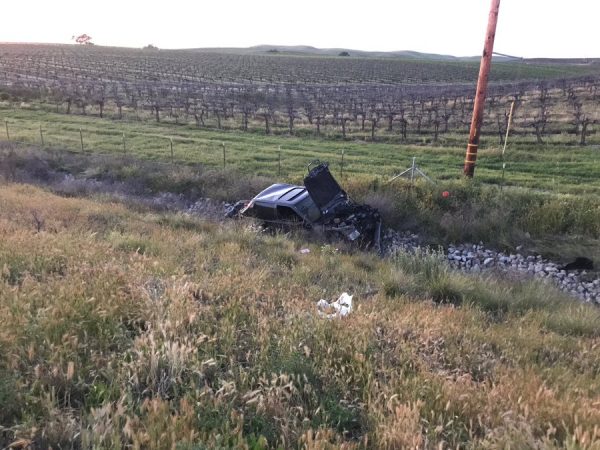