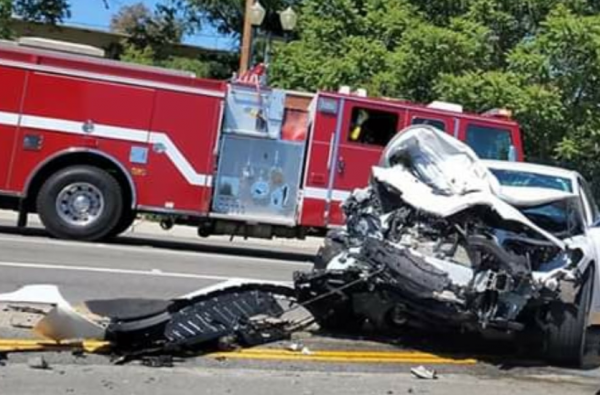 A woman died following a two car crash near the intersection of Niblick Road and Spring Street in Paso Robles on Thursday afternoon.

Shortly before 3 p.m., officers responding to reports of a crash discovered a woman trapped in her car. Emergency personnel extricated the woman from her car, before transporting her to Sierra Vista Regional Medical Center in San Luis Obispo, where she died from her injuries.

The driver of the other vehicle is expected to recover from their injuries.

Investigators are asking anyone who witnessed the accident to call the Paso Robles Police Department.