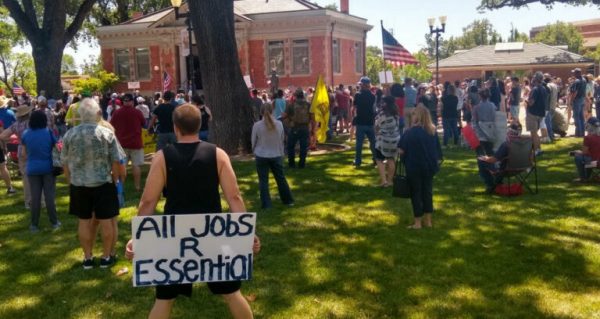 The day after Gov. Gavin Newsom announced plans to shutter all California beaches, which he later amended to only beaches in Orange County, about 500 people gathered in Paso Robles to protest the state’s ongoing shelter at home order.

Amanda Hawkins, an organizer of the “Stand for Freedom Rally” in Paso Robles, said her group was utilizing their constitutional right to peaceful assembly. Many of Friday’s protestors were members of the Republican Party. 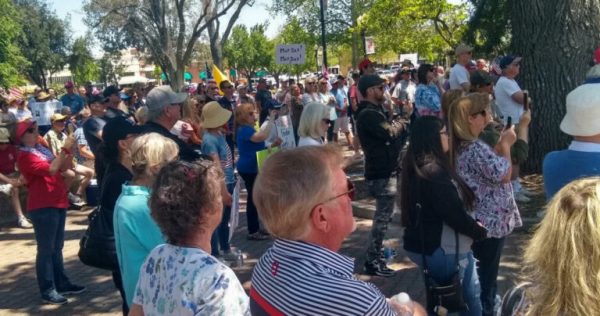 Protestors argued it was time to allow businesses to reopen, and to let people work and socialize with family and friends. Speakers asked why are we quarantining the healthy, instead of those who are sick?

Throughout the state, thousands gathered at dozens of rallies, the largest in Sacramento and Huntington Beach. 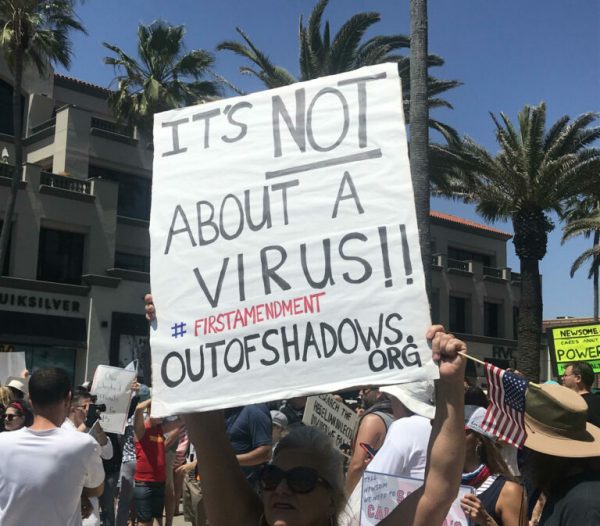 While thousands protested in Huntington Beach, others flocked to the beach ignoring signs saying the beach was closed. Multiple law enforcement agencies in Orange County announced they were not going to arrest people who violated Newsom’s stay at home or beach closure orders.

Earlier this week, Newsom said he was just weeks away from stage two of his four phase plan. Following outrage by some and support from others, Newsom said stage two could begin in days, depending on how the public conforms to his current orders.