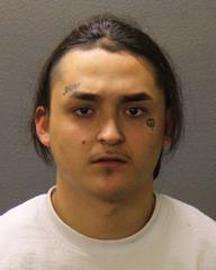 Law enforcement officers arrested a pair of teens who allegedly burglarized one business each in Santa Maria and Orcutt early Sunday morning.

At approximately 3:17 a.m., Santa Maria police officers learned of a burglary at Walgreens in the 700 block of North Broadway. Officers arrived at the scene and found suspects had forced entry into the store and stole an undisclosed amount of prescription medications, according to the Santa Maria Police Department.

A short time later, the Santa Barbara County Sheriff’s Office contacted Santa Maria police and notified them that deputies had arrested two suspects for a commercial burglary in Orcutt. Santa Maria officers contacted the suspects and determined they were the individuals who burglarized Walgreens.

Police have identified one of the suspects as 19-year-old Ramon Sustaita of Fresno. The second suspect is a juvenile, and police are withholding the individual’s identity.