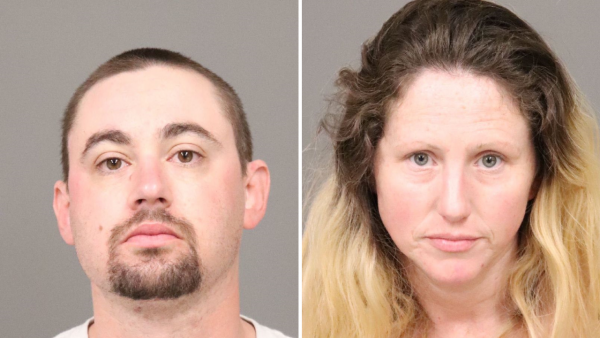 A Los Osos woman suspected of calling in a phony bomb threat on the day her boyfriend was required to turn himself in at the courthouse, was arrested on Thursday.

At about 11 a.m. on May 13, a female caller said there were two bombs in the courthouse. Police then closed several streets, bailiffs evacuated the courthouse, and law enforcement searched for the bombs. However, no explosive devises were found.

After tracking down 3o-year-old Derek Atkins, the owner of the phone used to make the bomb threat, officers determined Atkins girlfriend Carrie Maggard, 40, made the call. Investigators then questioned Maggard, who admitted to making the bomb threat to the courthouse.

On the morning of May 13, Atkins was at the courthouse and scheduled to turn himself in to
serve a prison sentence on an unrelated case. Shortly after bailiffs took Atkins into custody, Maggard made the bomb threat.

Officers booked Maggard into the San Luis Obispo County Jail on charges of making a false bomb threat and conspiracy in lieu of $20,000 bail. Investigators are seeking conspiracy charges against Atkins also.