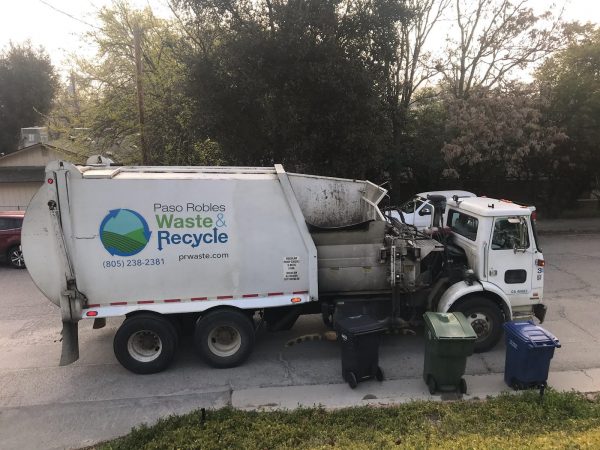 This coming Tuesday, Paso Robles City Council members will vote on a proposal to raise rates for waste disposal, and there is every indication the 30-plus percent increase will be authorized.

Ratepayers have been asked to express their dissent as required by Prop. 218; that means a signed letter from the ratepayer must be delivered by mail or by hand to City Hall. No emails are allowed. Fifty percent plus one of ratepayers must state their opposition in order to deny the hike. Telephone calls are cited, but not counted in the final tally. In short, the road to denial is paved with problems.

The proposed rate hike is based on the assertion of the hauler, Paso Robles Waste & Recycle, that the company lost around $15,000 last year on its recycling program.

I asked Public Works Director Dick McKinley if he had ever questioned the contractor regarding any of these expenses. He responded that the information was provided by a third party’s rate study and audit, and “the city does not have records as to the details.”

These apparently reckless expenses prompted me to ask the city about another waste contract requirement that apparently has not been met — one that may have resulted in millions of dollars in lost revenue at the city-owned site: Section 7: Scope of Services PP (e) 4, requiring Paso Robles Waste & Recycle to dispose of any and all residual disposal at to the city-owned landfill. I asked if this requirement had been met. Again, no answer.

While this corporate largesse might bolster the argument against the need for any rate hike, the more striking element of the proposal is the five-year, no-bid, wink-and-nod contract extension.

The city’s contract with Paso Robles Waste & Recycle has never been put out to bid. The city’s own records show the last time the contract was awarded was 1993. No one at the city can remember if it had ever been done previously.

The current contract extends through 2022. A provision in the contract provides that an additional five years would be extended if Paso Robles Waste & Recycle put a green waste facility into operation by 2018. After several failed attempts to procure a deal with Paso Robles Landfill, a deal was struck at virtually the last minute with Buckeye Processing — a company with which Paso Robles Waste & Recycle had already been doing business, since 2013.

That apparently satisfied McKinley, who first told me there was no formal agreement between the two private companies, and that he had authorized the five-year extension during a phone call. Several days later, McKinley said he found the agreement, and sent a copy to me.

I asked McKinley why Buckeye apparently wasn’t adequate to satisfy the contract requirement prior to 2018, and then was. He has not responded.

The capital investment needed to provide this kind of service is substantial. That’s why long-term contracts in this business are commonplace. But a no-bid, evergreen, multi-million-dollar government contract is inappropriate on every level.

Daniel Blackburn is a co-founder of CalCoastNews and is retired.

Sign up for breaking news, alerts and updates with the Cal Coast News Top Stories .