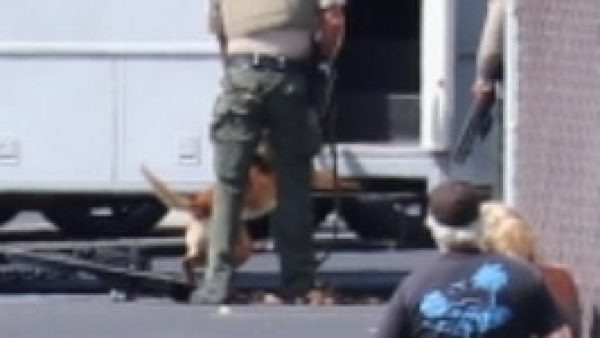 An Oceano man is in jail with his bail set at $50,000 following an auto theft, a chase through South County, and a standoff on Saturday morning.

At 8:31 a.m., Pismo Beach police overheard a pursuit on the radio: Arroyo Grande police were chasing a large recreational vehicle headed towards the beach on Grand Avenue. Arroyo Grande officers gave up the chase after the RV headed north on Highway 1.

Pismo Beach police then took over the pursuit as the RV went the wrong way on one-way streets and swerved into oncoming traffic. Officers gave up the chase after the RV turned onto Cave Landing Drive, but later found the vehicle near Fat Cats Restaurant in Avila Beach.

After a brief standoff, 24-year-old Randall Cox of Oceano crawled out of the RV through a roof hatch and surrendered to officers. Officers determined the RV had been stolen on Friday from a victim in Oceano.