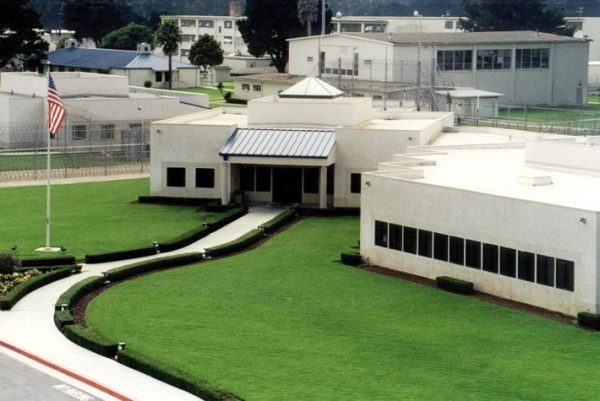 The Southern California chapter of the American Civil Liberties Union (ACLU) has filed class action lawsuits against the Lompoc Federal Correctional Complex and a federal prison in Los Angeles over their handling of the coronavirus outbreak.

Both the Federal Correctional Institute Lompoc, also known as the prison camp, and Terminal Island in San Pedro have two of the worst coronavirus outbreaks in the country. The United State Penitentiary Lompoc, which is adjacent to the prison camp and part of the same complex, has a smaller outbreak.

The ACLU filed class action suits, along with the Prison Law Office, which provides legal services to prisoners in California, and the Los Angeles law firm Bird Marella. The legal organizations filed the suits on behalf on behalf of inmates at the Lompoc prison complex and Terminal Island.

An ACLU press release states prison officials made the outbreak “unimaginably worse” by failing to follow guidelines and committing a series of blunders and delays. The ACLU argues prison populations must be reduced in order to allow for adequate social distancing and access to medical care.

Inmates at crowded low and medium-security prisons are packed closely together in bunk beds and in dining, medical care and communal areas, the ACLU stated.

“While the rest of California took extraordinary measures to stop the spread of coronavirus, the Bureau of Prisons failed to take preventive measures as basic as isolating sick prisoners, allowing social distancing or providing enough soap,” said Peter Bibring, senior staff attorney at the ACLU of Souther California. “Their deliberate indifference to the risk of disease violates the constitution and puts both those in prison and the surrounding community at risk.”

One of the plaintiffs in the lawsuit is a Lompoc inmate, who allegedly ended up in a coma as a result of the outbreak. Yonnedil Torres, 24, suffers from chronic asthma. During the outbreak, Torres developed a fever, diarrhea and and body aches.

Torres requested medical assistance but was ignored for five days. After he collapsed in his cell with acute respiratory shock, Torres was then tested and found to be positive for the virus, according to the ACLU.

Doctors placed Torres in a medically-induced coma and on a ventilator. He has severe lung damage, the ACLU says.

The class action lawsuits request that the court order the Lompoc and Terminal Island prisons to release inmates who have vulnerable medical conditions that could lead to serious illness or death from coronavirus infections. The request calls for allowing exceptions for inmates who pose serious flight risks or danger to others.