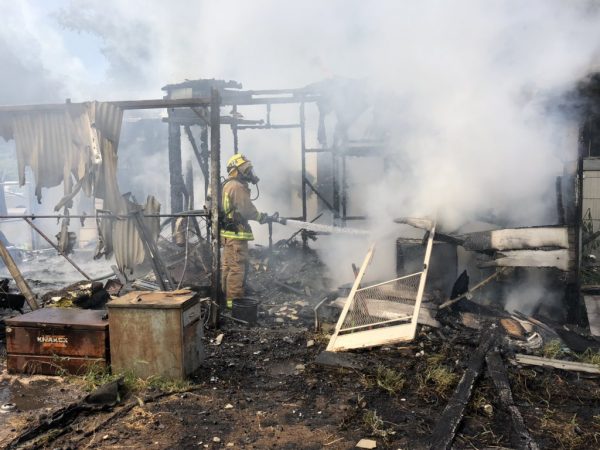 A fire destroyed at least part of a house on the Nipomo Mesa Tuesday morning.

The fire broke out at about 10  a.m. at a home in the 2600 block of Fowler Lane close to Mesa View Drive. Occupants of the home managed to evacuate, according to Cal Fire.

Firefighters arrived at the scene and contained the blaze. Mop up of the fire was expected to take about two hours.