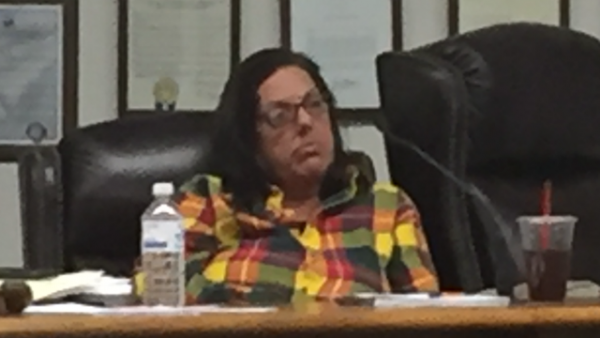 Two members of the Oceano Advisory Council sent emails defending their use of the word “bitch” after the name-calling ended up in the minutes from their Feb. 20 board meeting.

Three of the six members in attendance — Mary Lucey, Linda Austin and Karen White — voiced concerns that they were sent an email link to the agenda and documents that did not work. Lucey said she wanted someone to print out the documents and deliver the packet to her. White and Austin wanted the packets sent to their personnel emails, and not their public emails.

Advisory committee Chair Cynthia Replogle then started a fire storm when she argued the packages should be sent to their official emails.

After reviewing the minutes, Lucey sent an email to the council, admitting that she called Replogle a bitch, but asking that her reasons be added to the minutes.

“The gavel hit the table so loud, sharp and extremely high pitched it caused physical damage to my eardrum,” Lucey wrote. “My drum was bruised. I had to protect it with cotton to muffle any noise for a week for the eardrum to heal. The chair at the time had full control of the body and didn’t like the discussion occurring regarding email addresses that each member used for communications. regarding the notices, emailed to the members address they has submitted. Ms. Repugle [sic] want to use the email addresses she had choosing for each member.”

In Lucey’s defense, Austin also sent the advisory committee an email noting that she had also called Replogle a bitch.

“Mary Lucey’s use of the word bitch was not appropriate but understandable if you were present to what was going on in the meeting regarding Ms. Replogles behavior,” Austin wrote. “My ears rang for awhile after Ms Replogles slamming of the gavel and in fact before the meeting when I was questioning her about not using my email she slammed gavel down, gave me a sick grin and I too used the same word as I was shocked at her behavior.”

Before the meeting began, Austin walked behind Replogle and called her a bitch. As for the alleged damaged eardrum, Replogle said that Lucey was not sitting next to her, and that she did not hit the gavel that hard.

On Thursday, the advisory council will meet to approve the minutes, in a Zoom meeting, which means there will be a recording.

“I’ve been surprised and dismayed at the lack of civility displayed by some other council members,” Replogle said. “We adopted Rules of Decorum last year, and those rules – as well as other members – need to be respected. I hope that going forward, we can uphold principles of politeness and professionalism to have more productive meetings.”