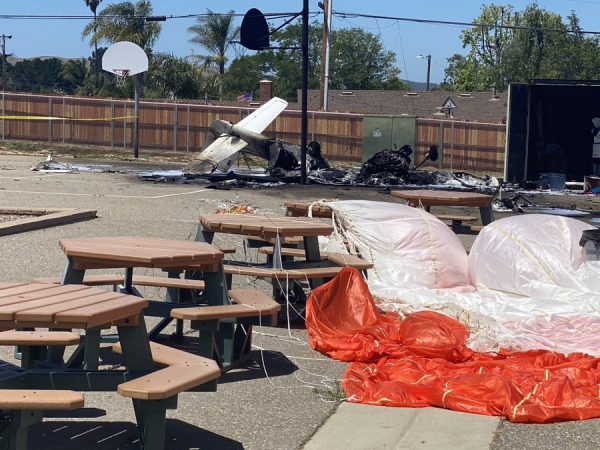 A single-engine plane crashed on the playground of an Orcutt elementary school Wednesday morning, killing the lone person aboard.

Shortly before 11 a.m., the plane crashed on the playground of Ralph Dunlap Elementary School on or near the school’s basketball courts. Fire officials say the pilot of the plane died upon impact.

The crash ignited a fire, which was quickly extinguished.

Surveillance footage shows a large plume of smoke shot up into the air over the Orcutt neighborhood in which the school is located. Also, the footage shows a parachute coming down to the ground as the plane was crashing. The parachute did not appear to significantly alter the crash.

A flight log indicates the plane was a Cirrus SR-20 owned by Southwest Investments LLC. The plane took off from Van Nuys Airport at 9:45 a.m., reportedly headed for the Santa Maria Airport.

Prior to crashing, the plane plunged to an altitude of 800 feet while traveling 104 mph, according to a flight tracker.

Ralph Dunlap Elementary School was closed due to coronavirus measures when the crash occurred. 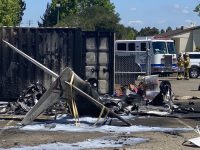