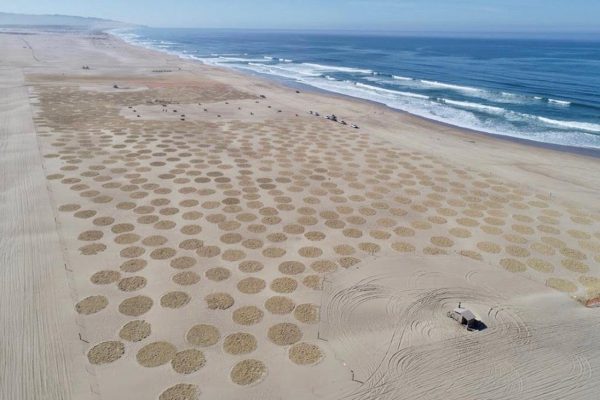 Excessive dust days have more than doubled since RVs and off-road vehicles were barred from the Oceano Dunes, data from two Nipomo Mesa air quality monitoring sites show. California State Parks closed the Oceano Dunes State Vehicular Recreation Area to all off-road and recreational vehicles on March 28 because of the coronavirus pandemic.

For years, the APCD and Nipomo Mesa residents have clashed with state parks and off-road vehicle riders over the cause of dust in the air at the Nipomo Mesa. Both sides agree strong westerly winds blowing over the sand dunes transport dust to the mesa.

In 2018, California State Parks entered into a stipulated order of abatement with the APCD. The agreement mandates that the state reduce wind-blown dust, specifically dust particles that are 10 microns or less in diameter, on the Nipomo Mesa by 50 percent. Despite agreeing to the various terms in the agreement, state parks still denies that off-roading causes the dust on the mesa.

The  primary goal of the agreement is to ensure that concentrations of dust measured on the mesa stay within federal and state standards, as measured at two of the APCD’s air monitoring sites on the mesa, which are known as “CDF – Arroyo Grande” and “Nipomo-Guadalupe Road.” 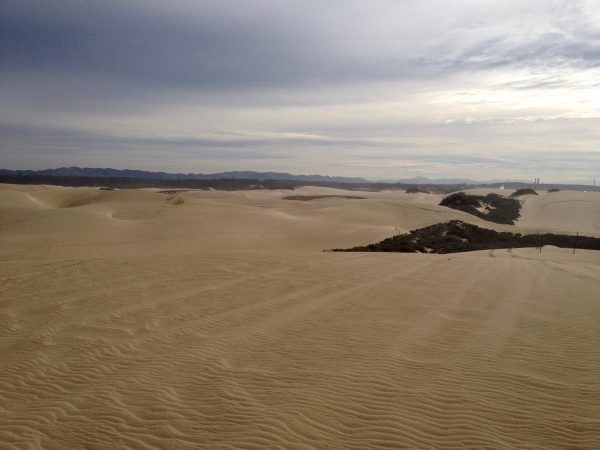 Overall, the state has spent approximately $14 million in tax payer revenue in the last 10 years to reduce dust concentrations on the mesa. The state covered more than 150 acres of dune sand with vegetation or orange plastic fencing. Additional dune-covering projects are anticipated in the coming months and years, under the theory that the obstructions would help reduce dust produced by the blowing sand.

CalCoastNews examined archived data from wind and dust measurements collected from the two Nipomo Mesa air quality monitoring sites to determine if State Parks’ mandated efforts along with the closure of the park in March would lead to a reduction in dust concentrations.

Specifically, reporters examined the number of daily exceedances of state and federal air quality standards during the month of May for the past six years at the two monitoring sites. The CDF site is approximately 2.5 miles from the dune shoreline, on the southwest edge of Nipomo Mesa. The Nipomo-Guadalupe Road site is about four miles from the shore, on the lower edge of the mesa. Agricultural lands lie between the coastal dunes and the Nipomo Mesa.

The parameters were chosen because May is typically the windiest month in south San Luis Obispo County, and 2015 predates the various dune-covering operations undertaken by State Parks.

Wind data indicates that May’s average wind speed at the two monitoring sites has varied little from year to year. At the CDF site, the May winds average at about 5 miles per hour, and at the Nipomo-Guadalupe Road site, the winds are slightly stronger, averaging about 5.5 miles per hour.

The number of exceedances of California’s air quality standard for airborne dust tells a different story. At both of the air monitoring stations, a substantially greater number of May exceedances occurred this year compared to the other years, even though there have been no recreational vehicles on the dunes; and the month of May has not yet ended.

As part of the agreement, a panel of scientific advisors, known as the Scientific Advisory Group (SAG), was formed to assist in the design and implementation of the various dune-covering projects. The SAG is led by William Nickling, an emeritus professor at the University of Guelph in Ontario, Canada.

In apparent anticipation that continued high-dust days with no vehicle recreation in the dunes would cause confusion, on April 6, Dr. Nickling and other SAG members authored a memorandum regarding the vehicle closure at Oceano Dunes and possible changes in dune dust emissions.

“It is the opinion of the SAG that the accumulated impact of OHV [off highway vehicle] activity remains a significant contributor to observed PM [dust] emissions at ODSVRA, even during this period in which the ODSVRA is temporarily closed to recreational uses,” according to the memorandum. “The SAG acknowledges that the Oceano Dunes are a naturally dusty surface that would experience PM emissions even in the absence of human activity, especially during this spring windy season. But the SAG is also clearly aware that decades of OHV activity have fundamentally altered the natural beach-dune landscape, making the dunes significantly more susceptible to PM emissions than they would be in a natural state.”

However, the SAG memorandum fails to explain how the dunes have been “fundamentally altered” to emit more dust, and also why the SAG did not anticipate the number of state exceedances for dust to substantially increase in the absence of vehicle recreation on the dunes.

One theory is that the recreational vehicles that used to park on the dunes, helped obstruct the wind flow.

Sign up for breaking news, alerts and updates with the Cal Coast News Top Stories.