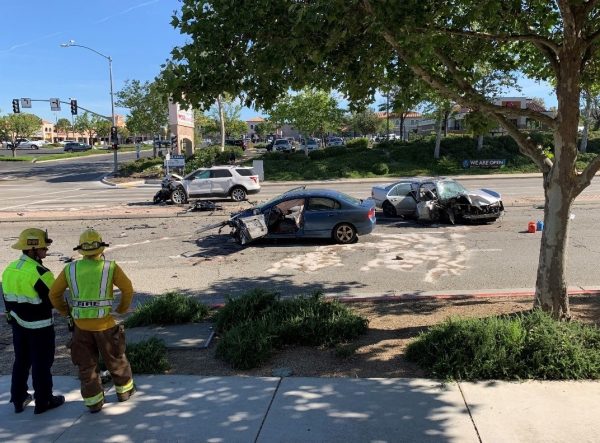 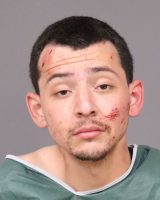 During the past month, Ivan Sandoval Farias was involved in several pursuits with SLO County law enforcement agencies, including the CHP and San Luis Obispo and Pismo Beach police departments, according to the Paso Robles Police Department.

“Each time, law enforcement backed off because he drove like a maniac,” Paso Robles police wrote on Facebook.

At about 8:25 a.m. on Sunday, Paso Robles officers spotted a vehicle driving recklessly eastbound on the Niblick Bridge. Sandoval Farias reached speeds of up to 100 mph, according to police scanner communications.

Shortly afterwards, Sandoval Farias lost control of his vehicle and collided with two other cars in front of Walmart at 100 Niblick Road.

The collision trapped a female driver inside her car. Emergency personnel extricated her from the vehicle, and she was transported to the hospital with moderate injuries. Multiple individuals involved in the crash suffered minor to moderate injuries.

Sandoval Farias fled the scene on foot, but officers caught him and arrested him. Officers discovered Sandoval Farias was on probation, driving with a suspended license and in possession of methamphetamine, according to the police department.

Officers booked Sandoval Farias into the San Luis Obispo County Jail on charges of possession of narcotics, felony hit-and-run, felony driving under the influence of drugs, driving on a suspended license and violating probation, in lieu of $520,000 bail.

“We are glad Sandoval Farias is behind bars; our streets are safer because of it,” Paso Robles police stated on Facebook. “What could have been a simple citation has turned into what could be a lengthy prison sentence as many county agencies have open felony evading cases on Sandoval Farias.”