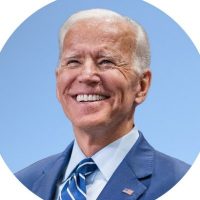 I usually like what Stewart Jenkins writes, but his recent piece about Trump as “The Denier in Chief” was over-the-top pointed. While President Donald Trump is often guilty of acting nonpresidential and exaggerating his accomplishments, he’s gotten a lot of things done, including his timely response to the COVID-19 pandemic.

The question is: would Stew’s candidate–Joe “Gaffeman” Biden–do any better? It’s hard to believe how Biden has gotten to where he is today. Despite a sputtering campaign, his exaggerating his record, his penchant for plagiarism, his mental misfires, and his propensity for a constant stream of gaffes– the latest a televised response to a black correspondent wherein Biden spat out “if you don’t support me you ain’t black! ”– Joe somehow finds himself not only as the de facto nominee of the Democratic Party but even holding a comfortable lead over President Trump in national polls.

Having been a Democrat most of my life, today’s Democratic Party is unrecognizable from that which attracted me to it during John F. Kennedy’s presidency. As a No Party Preference voter today, the Democratic Party left me during the Clinton years. Still, when Joe Biden announced his candidacy for president back in 2019, I had hoped that if any Democrat were to be elected to the presidency, please let it be Joe Biden.

Biden seemed the only choice among legitimate contenders that centrist Democrats, Independents, and disaffected Republicans could get behind. As the most experienced candidate, it looked like it was Joe’s race to lose. But after reflecting upon his past and during this past year, he not only doesn’t appear to be up to the task, but it looks like Biden’s having a real problem with the truth. Indeed, this may be Biden’s Achilles’ Heel that too few understand and that could prove to be his undoing.

For example, in April 2019, Biden appeared on “The View” TV show, looked into the eyes of its viewers, and said “We didn’t have one single whisper of a scandal under the Obama administration,” a statement that he repeated two months later. That statement, in and of itself, was an absolute falsehood. Here are but a few of the scandals that occurred during his term as VP under the Obama administration:

1.  The “Fast and Furious” firearms operation/gunrunning sting of Atty. Gen. Eric Holder that flopped in 2010, allowing 1,400 guns to fall into the hands of Mexican drug cartels, two of which were used to murder a U.S. border agent, only to be followed by a cover-up and stonewalling by the Obama administration.

2.  The Obama/Biden administration’s failure to act on its proclaimed “Syrian Red Line” of 2012 when Syria used chemical weapons to kill its own people. That failure directly led to the genesis of ISIS and its murderous activities in beheading Americans and the taking of thousands of innocent civilian lives.

3.  The terrorist swap scandal of 2012 when the administration traded five known Islamic terrorists detained in Guantanamo for the deserter Beau Bergdahl, whose desertion led to the deaths of six American soldiers who searched for him.

4.  Secretary of State Hilary Clinton’s Benghazi scandal that resulted in the deaths of four Americans in 2012 followed by another coverup in 2013.

5.  The IRS targeting scandal when the IRS was weaponized to harass political groups in 2013, followed by another cover-up.

6.  The NSA mass surveillance scandal discovered in 2013 by the leaks of Edwards Snowden.

7.  The Russian/Ukrainian invasion scandal of 2014 that the Obama/Biden administration tolerated by sending blankets to the Ukrainians while refusing to send them what they needed to help them resist the Russian invasion and their seizure of Crimea.

8.  The Biden Ukrainian scandal that funneled millions of dollars to Joe’s son Hunter from foreign governments in Ukraine and China while Joe Biden himself openly and successfully urged the Ukraine to fire a high-level official investigating the Biden’s connections.

9.  The Iran nuclear deal of 2015 which sent millions of U.S. dollars to Iran, which were used to export terrorism by bankrolling Hamas, Hezbollah, and the Houthi rebels in Yemen while continuing its quest for nuclear weapons.

10. In what could be the biggest scandal of them all, the Obama/Biden administration’s FISA abuse scandal of 2016 that weaponized the FBI, the intelligence agencies, and the Justice Department to set up a takedown of an often unpopular but duly elected president. The other shoe has yet to drop on this one.

Then came the Democrat’s Impeachment disaster earlier this year that Biden openly supported. Showcasing the shamefully poor performances of Adam Schiff, Jerome Nadler, Nancy Pelosi, and Fritz Schumer who put on the weakest of cases, the impeachment trial ended up little more than a popcorn fart. And now comes the revelation that Sen. Biden groped a legislative aide in 1993 who once lived right here in Morro Bay.

“Not a trace” of scandals Joe? This bundle of snafus under Biden’s watch have featured a veritable legacy of scandals. Joe would do better to own up them and apologize for them rather than conveniently forgetting them or sweeping them under the rug.

Today, Biden is still considered as having the best chance to beat Donald Trump. Will democratic and independent voters be willing to overlook the scandals of such a flawed candidate out of their abject hatred of Donald Trump? With Bernie Sanders out of the race, will the Dems lose the enthusiasm of the Progressives who just might stay home instead of voting come election day?

Only time will tell.

2 Comments about “Joe Biden and the truth”