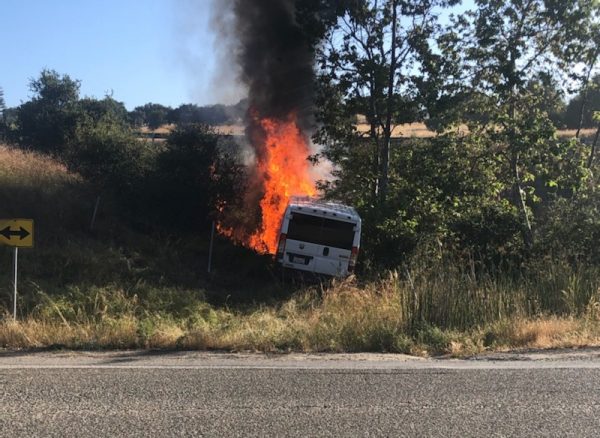 A good Samaritan rescued a person from a burning vehicle that had driven off the road and collided with a tree near Highway 101 in South County Tuesday morning.

The vehicle, which appears to be a van, ran off the road in the area of the 1200 block of El Camino Real at about 7:30 a.m. After hitting the tree, the vehicle came to a rest in dense vegetation, and a fire ignited, according to the Grover Beach Police Department.

As police officers and firefighters drove to the crash site, the good Samaritan rescued the driver from the burning vehicle. Emergency responders treated and released the driver at the scene.